The Australian Government’s nuclear agency, ANSTO, together with NSW Police and multiple state and federal authorities, has completed an operation to repatriate radioactive waste from the UK.

This is the second time radioactive waste has been repatriated to Australia. The first was in December 2015 and the next is not anticipated until the mid-2030s.

About 85 per cent of radioactive waste produced at ANSTO is directly associated with the production of nuclear medicine that every Australian is likely to benefit from in their lifetime.

Nuclear medicine is used in the diagnosis of a variety of heart, lung and muscular-skeletal conditions, as well as diagnosis and treatment of certain types of cancer.

Australia’s current and former nuclear reactors at Lucas Heights operate based on an array of nuclear fuel rods, each of which only last a few months before they are sent to secure storage areas to cool down.

The fuel rods are then bunched and sent to partners in the UK, France or the US for reprocessing – which involves removing uranium and recycling that into their power programs and solidifying remaining waste.

This “vitrification” process involves breaking up the material, mixing that waste in molten glass and solidifying that in steel canisters.

Four of those canisters – each containing 500 kilograms of vitrified waste that is radiologically equivalent to 114 rods sent to the UK in a shipment in 1996 – were received back from the UK today.

The canisters are inside a 100-tonne TN-81 transport and storage cask that is 6.5m long, 3m in diameter and has 20cm thick steel walls.

“Those benefits include production of millions of doses of nuclear medicine, increased profitability of our mining industry, irradiation of silicon used in everything from fast trains to hybrid cars, and a base of knowledge that secures Australia’s position in international nuclear non-proliferation talks.

“Along with these benefits comes a responsibility for Australia to safely deal with the by-products including radioactive waste.

“Australia does not shy away from that responsibility, and ANSTO has comprehensive plans to safely manage it, which we have carried out today.

“We would like to thank all of the Police and State and Federal agencies which were involved in the operation.”

About the contents of the TN-81

The TN-81 transport and storage cask is regularly used for transports around the world – usually with larger volumes of waste with higher levels of radioactivity.

The cask which returned today has capacity for 28 x 500kg canisters, but only contained four with a radiological equivalence to spent fuel sent to the UK in a shipment in 1996.

This is far less than the 20 x 500-kilogram canisters inside the cask safely repatriated from France in 2015, which is already inside ANSTO’s Interim Waste Store.

“Similar casks have been successfully used in 180 nuclear shipments around the world over more than 40 years,” said ANSTO’s Paula Berghofer, who is ANSTO’s General Manager of Waste Management Services.

“This was the second repatriation project and twelfth successful transport of spent fuel or reprocessed waste which ANSTO has carried out since 1963.”

About the storage plan

The TN-81 casks will be stored at ANSTO until a National Radioactive Waste Management Facility is operational.

The TN-81 casks are suitable and safe for storage over the course of many decades (subject to ongoing regulatory approval), however eventually their contents will require permanent disposal.

Early work is already underway on planning for a separate disposal facility for intermediate-level waste, in several decades time.

“The government has progressed plans for a low-level radioactive waste disposal facility, and started work on options for the eventual disposal facility for intermediate level waste,” Ms Berghofer said.

Images and footage from the repatriation operation which was conducted over the past 24 hours are available for download by clicking here.

Historical footage of the HIFAR reactor, where the fuel came from, is here, including Prime Minister Menzies opening it in 1958 (@43 secs) and Minister Bishop closing it in 2007 (1min 18 secs). 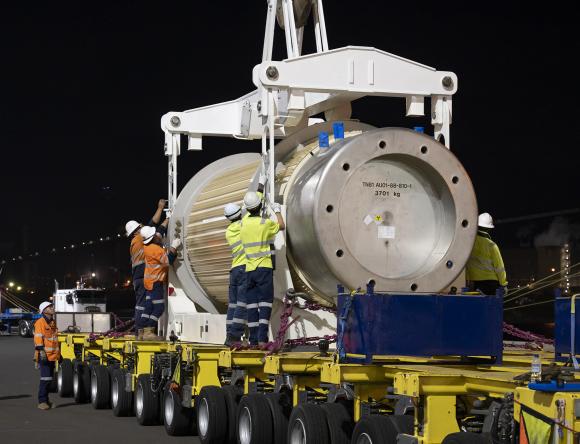 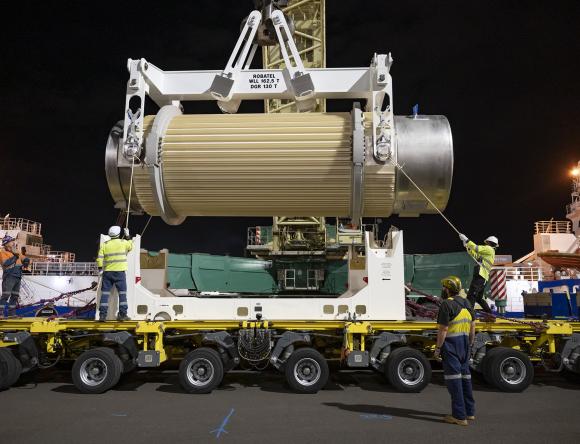 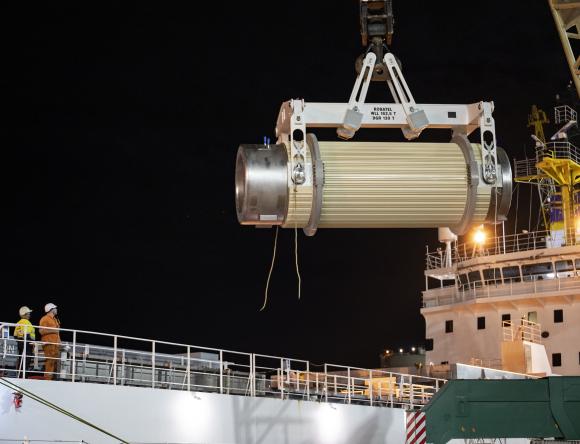 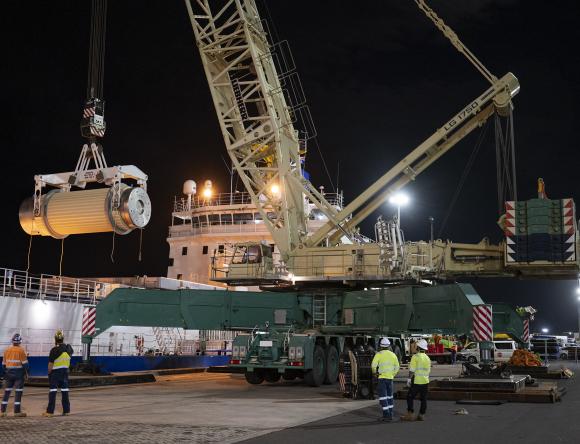 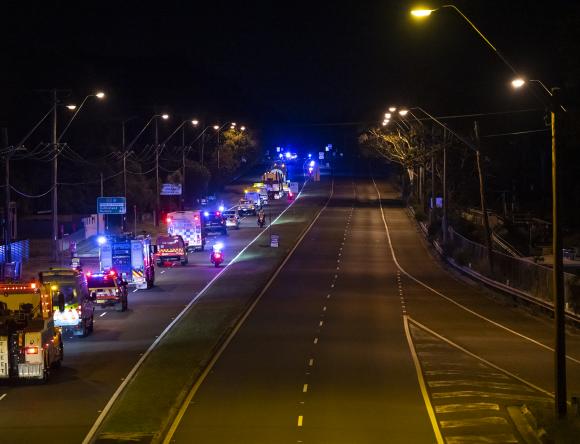 Australia’s nuclear capability, and our sovereign nuclear medicine manufacturing capability, is at the centre of the modern health system on which we all rely. Every Australian, on average, will need nuclear medicine during their lifetime, for the diagnosis of heart, lung, and muscular-skeletal conditions amongst others, and diagnosis or treatment of certain cancers.

Along with the many benefits which come from having a domestic nuclear research and nuclear medicine production program, comes a responsibility for Australia to safely deal with the by-product of radioactive waste. This is something which Australia has done successfully for decades.

Australia’s nuclear capability, and our sovereign nuclear medicine manufacturing capability, is at the centre of the modern health system on which we all rely. Most Australians will need nuclear medicine during their lifetime, for the diagnosis of heart, lung, and muscular-skeletal conditions amongst others, and diagnosis or treatment of certain cancers.

Critical to the production of nuclear medicine, is a nuclear research reactor, of which Australia has had three over the past 60 or so years, all of which have been based at Lucas Heights. The first of these was the High Flux Australian Reactor (HIFAR), which was turned on by then Prime Minister, Robert Menzies, on Australia Day in 1958, and went on to enable production of millions of doses of medicine. HIFAR was also used to make early Australian discoveries in areas such as materials research and agriculture, and to assist industry. HIFAR was finally shut down in 2007 after close to 50 years of safe operations, and is now in the very early stages of decommissioning.

While Australia has experience in safely managing operations such as this one, we anticipate there will be lots of questions about this and so we have endeavoured to provide answers to some common questions below. Please always reach out to ANSTO to ensure your specific question is answered if it's not covered below.

If you still can’t find the information you are looking for, you can email or call us

Origins and uses of the spent nuclear fuel

Transport via ship and truck

If you still can’t find the information you are looking for, you can email or call us