ANSTO has contributed to research that  indicated that Aboriginal people had a broad diet and intensive plant processing technologies,  allowing them to respond to changes in climate, sea level and vegetation over the last (circa) 65,000 years.

In a paper published in Quaternary Science Reviews, University of Queensland researchers and Mirarr Traditional Owners found the Aboriginal people inhabiting Madjedbebe rockshelter in northern Australia incorporated new foods and changed their pattern of seasonal movement with the formation of freshwater wetlands following sea level rise in the late Holocene.

Extensive radiocarbon dating of charcoal and carbon 13 analysis of charred pandanus nuts from the Madjedbebe site were carried out at ANSTO.

“The charcoal dating was used for establishing a timeline and the carbon 13 measurements on charred nuts revealed whether it was a wet or dry climate ,” said Dr Quan Hua, a co-author on the paper.

“When precipitation  decreased, which had an impact on resources, a broadening of the diet occurred” he added.

The researchers stressed that the shift in foraging practices showed continuing flexibility in both the selection of plants and the use of land as the environment changed.

The archaeological evidence, which included a large collection of plant macrofossils,  suggested the community consumed a diverse diet of fruits, nuts, seeds, palm and underground storage organs (bulbs, tubers, corms, roots, and rhizomes) from earliest occupation. The population at Madjedbebe were likely seasonally mobile, and had a broad diet, underpinned by labour-intensive and complex plant processing technologies, that was maintained throughout occupation.

The new work also provided evidence for the use of fire as a tool to shape country from first occupation to the present.

Dr Anna Florin, the lead author of the paper, was an AINSE PGRA student. She spent several months at ANSTO under the supervision of Linda Barry and Dr Hua from 2017 to 2019 developing the method to determine past rainfall from charred pandanus nutshells, and preparing samples for C-13 analysis and radiocarbon dating.

The Mirarr are the Traditional Owners of parts of Kakadu National Park, the Ranger and Jabiluka uranium deposits and parts of Western Arnhem Land in Australia’s Northern Territory. The Country includes the Madjedbebe rockshelter. 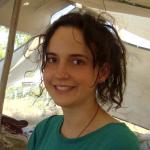 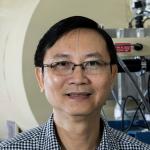