ANSTO has  formalised an arrangement with the University of New England’s AsiaConneXions  program to bring nuclear science programs to students and teachers in South Korea.

ANSTO a global leader in the development of nuclear science education resources and programs, frequently in collaboration with the International Atomic Energy Agency (IAEA), has this week formalised an arrangement with the University of New England’s AsiaConneXions  program to bring nuclear science programs to students and teachers in South Korea. 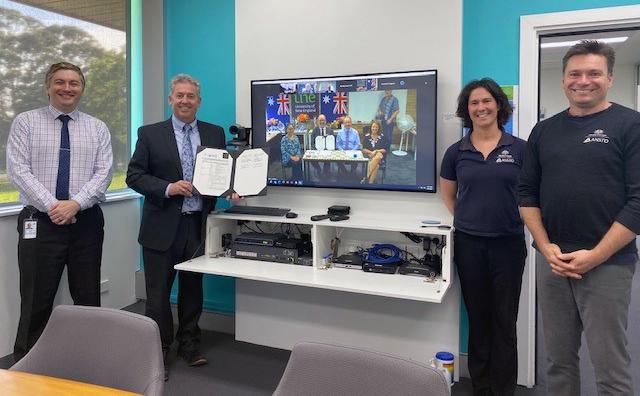 The agreement was signed by official representatives from the respective organisations in a virtual event on 3 March: Acting CEO Shaun Jenkinson and Professor Michael Wilmore, Deputy Vice-Chancellor, UNE.

The program is funded by the Australian Department of Foreign Affairs and Trade’s 2021 Australia-Korea Foundation grant.

The new arrangement builds on past joint work between the two organisations since 2013, which delivered programs by video conferencing to students in Indonesia, Japan and South Korea.

ANSTO Education Manager, Dr Bridget Murphy said, “This project helps to educate the next generation of informed global citizens, so they can understand the role of nuclear science in improving human health and the environment.  It brings students and teachers from across the world much closer.“

The sessions will be presented by staff in ANSTO’s education team.

ANSTO will use the UNE’s digital technology to connect its educators with South Korean universities and schools via videoconferencing.

The first virtual lesson has already been delivered.

In addition to the lessons, a nuclear science project competition, a hands-on activity, is planned.

Leader of the Asia ConneXions team, Dr Myung-Sook Auh said, “We have 24 sessions scheduled for 2021. The majority are for high school students in Years 10 and 11. Another two are aimed at South Korean university staff and two are aimed at teacher professional development,” she added.

The initiative is part of a bigger project to establish the ANSTO nuclear science education program in South Korea facilitated by the University of New England’s Asia ConneXions team led by Dr Myung-Sook Auh. 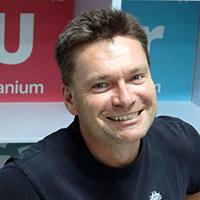 ANSTO's education team located in the Discovery Centre offers a wide variety of learning resources and engaging content that aligns with the NSW curriculum, as well as offering the general public insights into science, ingenuity and sustainability.