An ANSTO-led study that examined the link between groundwater and surface food webs in the Great Artesian Basin has demonstrated for the first time that ancient carbon is incorporated in living aquatic species in these ecosystems in the semi-arid and arid regions of Australia.

The paper was published in the Journal of Geophysical Research Biogeosciences.

Professor Neil Saintilan of Macquarie University, Dr Yoshi Kobayashi and Dr Li Wen from the NSW Office of Environment and Heritage also contributed to the study.

The Great Artesian Basin, the largest and deepest artesian basin in the world, contains water up to millions of years old.

Investigators used stable carbon and nitrogen in conjunction with radiocarbon (14C) and found very old carbon to be the dominant carbon source to all levels of the food chain including fish which returned ages of up to 11,000 years old.

Samples were collected from four sites along the Pilliga stream west of Narrabri NSW.

Ages of algae and fish were determined by radiocarbon dating using accelerator mass spectrometry on the STAR accelerator.

The findings of this study will help to identify the groundwater dependent ecosystems and the extent of the dependency on water and as a source of energy.

The research also suggests that radiocarbon could be used to trace groundwater influences in surface water ecosystems, such as the fate of water produced by groundwater extraction and mining.

There were also implications for the dating of artefacts from semi-arid and arid regions of Australia, where the wetlands have been used by indigenous people for millennia.

The investigators suggested that extreme care needed to be taken when interpreting fishbone and mollusc dating results. Humans and other predators utilising aquatic plants and animals may also incorporate old carbon leading to inaccuracies in dating methods that are difficult to constrain.

Radiocarbon experts at ANSTO, including co-author Dr Geraldine Jacobsen, confirmed that the freshwater and marine reservoir effects were well-known phenomena in radiocarbon dating that can result in apparent ages that are too old.

“Anytime we try to date terrestrial water organisms, such as molluscs, we know that they probably carry some age already from the reservoir effect,” said radiocarbon specialist Dr Vladimir Levchenko.

“These effects require corrections that account for the contribution of palaeowaters that cause errors in ages.” 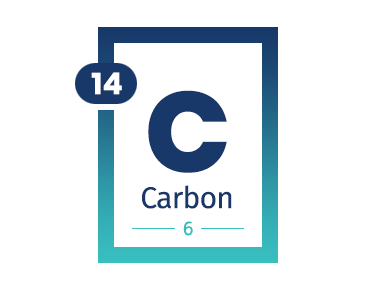 There are numerous isotopes of carbon but radioactive carbon,  carbon-14, is widely used as an innovative told for dating materials that contain organic matter.  It is generally accurate for ages up to approximately 50,000 years.