Scientists at ANSTO together with Lithium Australia Limited (LIT) have developed a world-first technology to extract more lithium from lithium mining waste, in a game-changer for Australian lithium industry.

Lithium demand is being driven by the ever-expanding lithium-ion battery market – the leading technology for portable electronics and electric vehicles, which has revolutionised our lives over the last 30 years.

Australia supplies about 60 per cent of the world’s lithium in the form of a mineral concentrate called spodumene. With an abundance of ‘hard rock’ lithium, we are amongst the countries with the largest lithium deposits globally.

The conventional way of extracting lithium from spodumene is in a rotary kiln, which requires very high temperatures (>1000 °C) and can only be applied to spodumene of a certain type and size.

This process is highly energy intensive, and the constraints placed on the feed applicable to this process, results in a large proportion of the lithium in these hard rock deposits to be wasted.

The issue scientists at ANSTO together with LIT have been working to address, is that these current techniques only recover between about 50 to 70 per cent lithium from the original ore.

The two organisations developed a process called LieNA®, which removes the need for high temperature processing and is ideally suited to processing of the waste, and realising the majority of the (lithium) value from Australia’s hard rock deposits.

Patented by Lithium Australia, the LieNA® technology involves an initial treatment of the waste spodumene with caustic under autoclave conditions to form a synthetic lithium sodalite which can be easily recovered.

Lithium is then easily extracted and purified in relatively straightforward, hydrometallurgical processing steps and finally isolated as lithium phosphate, which can be directly used in manufacture of lithium ferro-phosphate batteries.’

The new technology enables the majority (>95%) of the lithium value to be realised, with vastly reduced energy inputs as compared to conventional processing.

Drive costs down, and get more from your rocks

Dr Chris Griffith, Senior Process Chemist at ANSTO, explained that not only would the new technology improve the overall extraction, it avoids the energy intensive, high temperature step of conventional spodumene processing, and increases the sustainability of lithium operations world-wide.

“Until now, it has been quite accepted by industry that a large amount of lithium is ‘lost’ during processing. We’re the first in the world to achieve such an efficient level of extraction,” Dr Griffith said.

“This technology really has huge potential for an industry which is integral to our transition to the electrification of transport, and ultimately to a cleaner and greener future.”

In early 2020, Lithium Australia Limited was awarded $1.3 million from the Federal Government’s Department of Industry, Science and Technology CRC-P Round 8 program.

The overall objective of the CRC-P program is to progress the development of LieNA® to a Feasibility Study level and eventual commercialisation of the LieNA® technology.

“ANSTO has been pleased to work with Lithium Australia Limited on processing technology development since 2015, and it is sensational to see the LieNA technology reach this stage,” Dr Griffith said.

An industry partnership with huge potential for the Australian economy

“If commercialised, LieNA® has the potential to achieve both and as an outcome we have experienced higher interest from lithium concentrate producers.”

Demand for lithium has reached record level highs and the amount of metal used has almost quadrupled in the last decade.

“The possibilities here are tremendous – some estimates are that the global lithium-ion battery market size will grow from USD 41.1 billion in 2021 to USD 116.6 billion by 2030,” Dr Griffith said.

“Innovation like this puts Australia in a good position to move away from simply supplying a mineral concentrate to overseas converters as quickly as possible.

“It provides another avenue for Australia to maximise the value from our valuable critical and energy mineral resources and allows us to conduct more value-adding downstream processing here in Australia.”

ANSTO has more than a 40-year track record of partnership with the mining and minerals industries, and a team of more than 60 dedicated professionals and technicians working in the Minerals business unit. 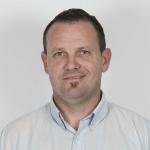 Our experienced team of engineers, metallurgists, chemists and scientists have a proven track record of working with our clients in Australia and around the world to design and evaluate novel flowsheets and improve established processes.

For over 40 years, ANSTO has provided consultancy and process development services to the mining and minerals processing industries in Australia and globally.