In the second week of January ITER announced that it has achieved two important milestones in the development of the tokamak fusion research reactor: completion of ground insulation for the first of seven central solenoid production modules in the US and that the first toroidal field coil passed all fitting tests in Japan.

Researchers from around the world including Australia are contributing to the world’s largest engineering project to create fusion energy in France, which is now 50 per cent complete.

Australia’s involvement was formalised late in 2016 with ANSTO signing a cooperation agreement on behalf of the country. In a first for a non-member country, the agreement enables Australia to engage with and benefit from participation in the project—essentially sharing ideas and delivering solutions to some of  the physics and engineering problems of relevance to ITER.

Research efforts in Australia are coordinated by a group known as the Australian ITER Forum, a collection of scientists and engineers from multiple disciplines who support the goal of controlled fusion as a clean energy source.

They are committed to development and education in order to ensure Australia has a capability and opportunity to capitalise on the benefits of fusion power in the future.

In a strategic plan produced in 2014, Powering Ahead: A National Response to ITER, the group provided a series of recommendations to the Australian government to strengthen Australia’s fusion science and engineering capabilities. 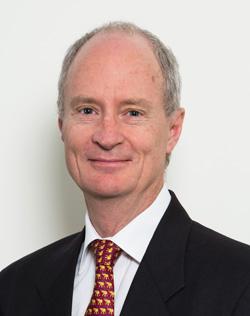 “The recommendation to sign a collaborative agreement with ITER has been achieved and we have made progress on experimental fusion research,” said ANSTO’s Dr Richard Garrett , a member of the Australian ITER Forum.

Garrett is traveling to ITER this month to attend the International Energy Agency’s annual Fusion Power Coordinating Committee meeting and for discussions on the diagnostic work being undertaken in Australia.

Australia’s research focus is aligned with activities that have not been allocated to any of ITER’s eight funding partners (comprising 35 countries).

Research in Australia of benefit to ITER falls broadly into three areas: diagnostics, plasma theory and modelling and the development of advanced materials for extreme environments.

Emeritus Professor John Howard, who is the former head of the plasma research laboratory at ANU, invented the imaging system that is installed on many of the world's largest fusion devices. It can be used for plasma edge modelling.

Until its decommissioning in 2017, the H-1 Heliac stellarator at the APFRF provided a plasma confinement environment suitable for developing and testing the proposed ITER diagnostic system.

A stellarator is essentially a twisted Tokamak, which produces and confines magnetised plasma without a large toroidal field current.

Theory and modelling
Australia has made contributions to magnetohydrodynamics (the science of plasma physics), the modelling of plasma configurations and wave activity, and integrated modelling using probabilistic techniques at ANU and Curtin University.

Assoc Prof Matthew Hole, inaugural Chair of the Australian ITER Forum has developed models of plasma rotation and anistrophy that arise in a burning plasma, such as ITER, in association with international collaborators.

Advanced Materials
The environment inside the ITER fusion reactor will be extremely challenging for materials, in particular the reactor wall. Advanced materials are required that can withstand extreme radiation, extreme heat, plasma chemistry and thermo-mechanical stresses.

Advanced materials research, which involves the synthesis, modelling and characterisation of materials is undertaken at ANSTO and Australian universities.

“ANSTO’s expertise in the development and characterisation of advanced materials used in extreme environments, such as nuclear reactors, as well as our capacity to irradiate materials with ions to damage them, is relevant to fusion research,” said Garrett.

MAGPIE (the Magnetised Plasma Interaction Experiment) is a linear plasma device at ANU’s APFRF, which began operations in 2011 and is used to study plasma interactions with candidate materials for future fusion reactors including ITER.

Testing of materials in association with ANSTO began in 2012. The device is capable of producing conditions that would be generated in a fusion power plant.

“As a result of the ANSTO-ITER Cooperation Agreement, a new collaborative project has been initiated to test ITER materials in MAGPIE,” said Garrett.

As well, the data mining of information over a wide range of magnetic configurations is carried out at a number of Australian universities and the CSIRO.

The University of Wollongong has been investigating the properties of the superconducting coils needed for fusion technology. “ANSTO has been collaborating on some of this research, using the Australian Centre for Neutron Scattering at the OPAL reactor, “ said Garrett.

Although nuclear fusion research is a field that only commenced in the 1930s, Australia has a connection from the very beginning.

Australian scientist Mark Oliphant and Paul Hartek under the guidance of Ernest Rutherford were the first to identify a fusion reaction in their lab by firing some deuterons into a deuterium gas.

Over the past half-century, small but active Australian fusion community has carried out seminal work.

In 1946 Australian Peter Thonemann and a British colleague, pioneered studies of plasma magnetic confinement in a toroidal configuration at Oxford University. The design is the basis of the tokamak reactor.

The ANU built and operated the first tokamaks to operate outside the Soviet Union in the 1960s. A tokamak was also constructed at the University of Sydney, while in recent years ANU decided to pursue advanced stellarators.

The first heliac, H-1 was made at ANU in 1985 and the first experimental demonstration of a spherical torus configuration was achieved in 1988.

Australian Dr Barry Green, who recently gave a distinguished lecture at ANSTO, was directly involved as a member of the design team of the ITER project, when he worked at the Naka Joint Work Site in Japan. He has spent more than 40 years contributing to the research and development of fusion energy.

“I think Sir Mark Oliphant would have been very pleased to see the developments in fusion science that have some potential benefit for our planet,” said Garrett.