Given the importance of water in Australia, surprisingly, there is relatively little information about the past variability of rainfall on this continent. Although there is a good annual record of the past 100 years in Australia, there is nothing much before that period and no known cave deposit records exist for New South Wales.

ANSTO, University of New South Wales (UNSW) Australia and the National Parks and Wildlife Service (NPWS) have collaborated on research, which appears in the Journal of Hydrology (Markowska et al. 2015). The group is interested in interpreting the rainfall record of the past 2000 years in Australia, because understanding past climate can help predict the availability of water resources in the future.

The study is taking place in the Snowy Mountains, which are an important study site as the area provides an important source of water for the Murrumbidgee and Murray River systems, two major waterways in southeast Australia. The limestone deposit contains a system of about 400 caves managed by the NPWS. Geologists suggest that the caves were formed about 440 million years ago.

Researchers working in underground caves studying when rainfall reaches the subsurface (groundwater recharge) at Yarrangobilly Caves in the Snowy Mountains have found new information that will help reconstruct past climates and groundwater recharge from cave deposits. Cave deposits, or speleothems, are mineral accumulations formed by calcium-rich water in underground caverns. They are important because they can be used to establish a record of past environmental changes, such as rainfall variability. 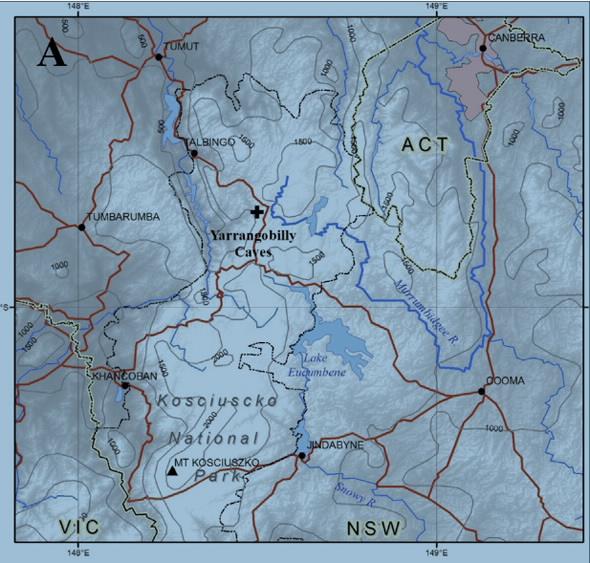