Infrared (IR) imaging technology at the Australian Synchrotron, developed specifically for carbon fibre analysis, has contributed to a better understanding of chemical changes that affect structure in the production of high-performance carbon fibres using a precursor material.

A research collaboration led by Carbon Nexus, a global carbon fibre research facility at Deakin University, Swinburne University of Technology and members of the Infrared Microspectroscopy team at the Australian Synchrotron, has just published a paper in the Journal of Materials Chemistry A, that identified and helped to explain important structural changes that occur during the production of carbon fibres.

The research was undertaken to elucidate the exact chemical transformation occurring during the heat treatment of polyacrylonitrile (PAN), which produced structural changes. 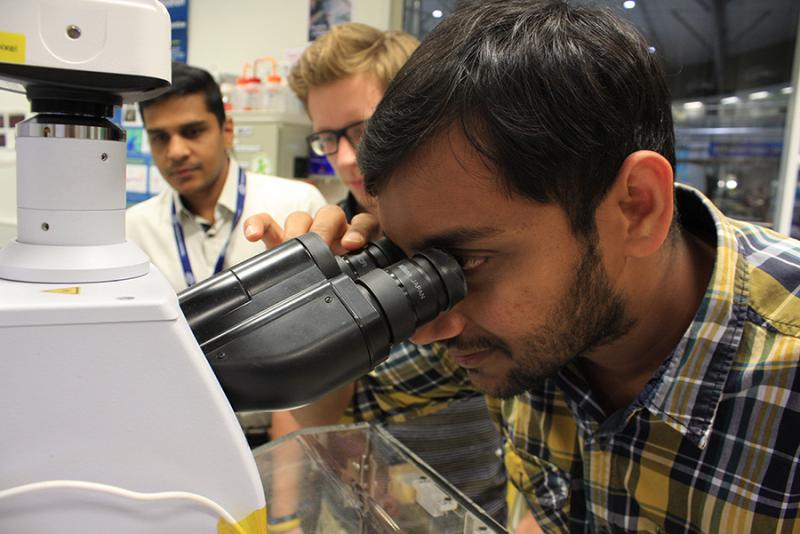 The majority of commercial carbon fibres are manufactured from PAN but there has been an imperfection that occurred during production that affected its material properties.

Because the conversion of PAN to carbon fibre did not occur evenly across the fibre, it resulted in a skin-core structure.

Manufacturers want to prevent the formation of the skin-core structure in order to enhance the strength of the fibres.

“Although it has been more than half a century that carbon fibres were first developed, the exact chemical transformations and the actual structure development during heat treatment is still unknown”.

“The most significant scientific outcome of this study is that the critical chemical reactions for structure development were found to be occurring at a faster rate in the core of the fibre during heating, thus disrupting the more than 50-year-old belief that this reaction occurs at the periphery of the fibre due to direct heat.”

A multitude of experimental techniques including IR spectroscopy confirmed that structural differences evolved along the radial direction of the fibres, which produced the imperfection.

The difference between skin and core in stabilised fibres evolved from differences in the cross linking mechanism of molecular chains from the skin to the core.

The information could potentially help manufacturers improve the production process and lead to better fibres.

“Using a technique called Attenuated Total Reflection (ATR) to focus the synchrotron beam, the IR beamline allowed the research team to acquire images across individual fibres, to see where carbon-carbon triple bonds in the PAN were being converted to double bonds,” said Dr Mark Tobin, Principal Scientist, IR, at the Australian Synchrotron, who is a co-author with Dr Pimm Vongsvivut and Dr Keith Bambery.

“Previous IR studies have been conducted on fibre bundles and powdered fibres, while we were able to analyse the cross section of single filaments.” 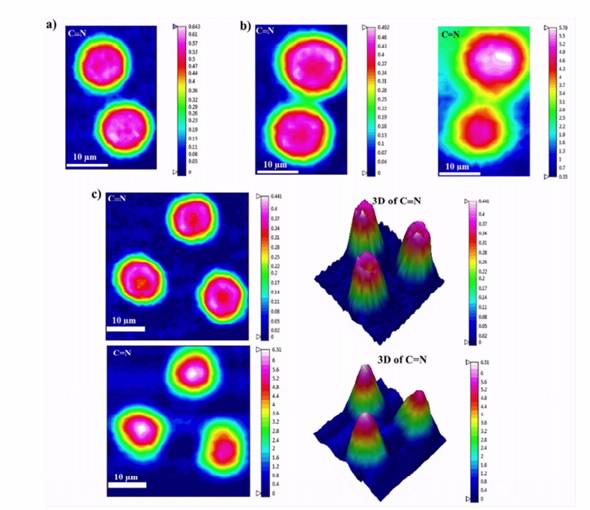 To acquire detailed images of the fibres, which are only 12 microns across, the IR team modified the beamline for the experiment using a highly polished germanium crystal to focus the IR beam onto the fibres.