A new technique, developed at ANSTO’s Centre for Accelerator Science, has made it possible to produce some of the first reliable radiocarbon dates for Australian rock art in a study just published online in The Journal of Archaeological Science Reports. 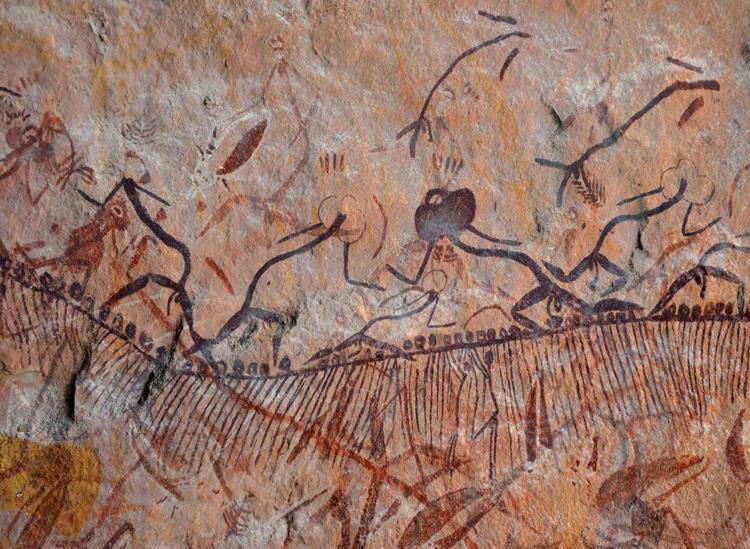 Levchenko, who supervised the radiocarbon dating, collaborated with lead author of the paper, Ms Tristen Jones, a PhD candidate at the Australian National University (ANU) and co-authors from ANU.

Generally speaking, radiocarbon dating cannot readily be used to date Australian indigenous rock art directly, because it is characterised by the use of ochre, an inorganic mineral pigment that contains no carbon.

The paper authors explain that carbon found in the mineral crusts on the rock surface was most probably was formed by microorganisms.

“Indigenous Australian rock art is very interesting, it is believed to be among the most ancient in the world but it is one of the least dated,” said Levchenko.