Traditional indigenous Australian burning techniques, part of 'looking after country', involve regular controlled burns to maintain much of the landscape.

Controlled burning reduces fuel loads, which lowers both the risk of bushfires and the severity of bushfires that do break out.

University of Melbourne Honours student Ellie-Rose Rogers worked with a team of researchers from ANSTO and the University of Melbourne, who are combining a dendochronological analysis of trees with the use nuclear techniques to gain a better understanding of the impact of these practices. 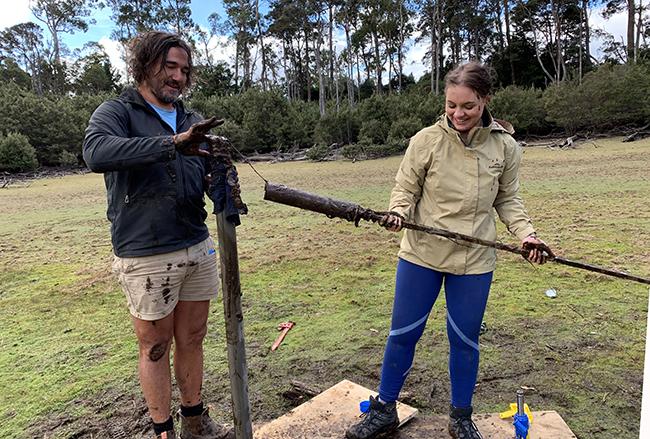 “These techniques allowed us to test the notion that the western Tasmanian landscape was constructed by Aboriginal people and that contemporary rainforest in this region overtook open fire-maintained vegetation following the British invasion,” said Rogers.

Although the Surrey Hills area is dominated by rainforest today, it sits in stark contrast to reports from British surveyors in 1828, who described a vast expanse of open forest and treeless plains.

By analysing over 150 trees from the Surrey Hills region, Rogers has begun to build an accurate timeline of exactly how this landscape changed, in response to changes in management regimes, from a traditionally-maintained open plain into the present day rainforest.

These findings will be developed with sediment cores from under the rainforest canopy, which will be dated by the radioactive isotopic composition of these cores at ANSTO.

“This window into the past provides a direct empirical test to the veracity of claims made by early British surveyors, which can be used to support a return to the comprehensive and more holistic traditional landscape management practises of the Palawa people in Tasmania,” said Rogers.

“This research provides an opportunity to re-imagine current landscape management regimes and the role of humans within the current socioecological system, and in particular, the ability for Indigenous Australians to play and active governance role in Australia’s landscape management,” she said.

Honours Projects on track for success
Given the significant environmental challenges that Australia is facing, a number of the 2020 Honours projects supported by the Australian institute of Nuclear Science and Engineering (AINSE) focus on environmental research relating to climate change. Despite the challenges of 2020, AINSE reports that more than 80 per cent of its Honours projects are on track to be completed. This report highlights research that investigates if fuel loads have increased since colonisation, because of a loss of Indigenous traditional burning practices. 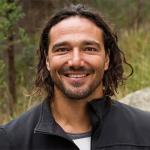 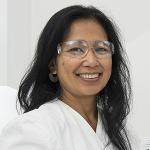