Industrial Engagement Manager at ANSTO and Professor in Advanced Structural Materials at the University of Sydney, Anna Paradowska is among the authors who contributed to a 2019 paper that was recently awarded the ASM International ASM Henry Marion Howe Medal in Metallurgical and Materials Transactions A.

The research led by the University of Manchester in the UK and Institut Laue-Langevin (ILL) in France, examined repair treatments on two nickel (Ni) based superalloys that are widely used in aeronautical engines and the energy sector.

Stress measurements using neutron diffraction at a number of institutions, including ANSTO, supported the investigations to determine the material response to thermal treatment and ageing.

As a part of the project, Paradowska measured residual stresses in the superalloys during in situ heat treatments on the Kowari strain scanner and the same procedure was repeated at other neutron facilities.

The results show that the newly-developed induction heating setup could be repeated successfully on several instruments across three continents and reassure the scientific and industrial community that residual stress relaxation can be measured accurately and systematically.

The two materials, Inconel 718 and Udimet 720LI, are among the most widely used Ni-base superalloys in the manufacture of disks and blades for the hot section of the engines.

“The in situ data that we acquired can be used to validate models that predict the residual stresses on full-scale components,” said Paradowska.

The authors stressed that a detailed picture of the relaxation of stress during heating to, and holding at, the annealing temperature can provide key information about how best to tailor ageing treatments that simple post-anneal stress measurements cannot do.

Ni-base superalloys have exceptional mechanical strength and creep resistance at high temperature. The selection of a superalloy depends on microstructure, temperature capability and the mechanical property requirements.

The ASM Henry Marion Howe Medal is awarded in memory of Dr Henry Marion Howe, a distinguished teacher, writer, metallurgist and consultant, to honour the author(s) whose paper has been selected as the best of those published in a specific volume of Metallurgical and Materials Transactions A.

Selected by the Board of Trustees of ASM International, the prestigious prize was first awarded in 1922. It is to be presented at ASM's first annual International Materials, Applications and Technologies (IMAT) conference, scheduled for September this year in Cleveland, Ohio, but dependent on circumstances relating to the ongoing COVID-19 pandemic. 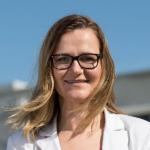 Kowari, a residual stress diffractometer, can be used for ‘strain scanning’ of large engineering components as large as 1000 kilograms.