A niggling disparity between an established mathematical model to predict creep crack growth behaviour in materials in high-temperature environments and actual data prompted Dr Warwick Payten to re-asses the approach and revise the model.

In research published in Engineering Fracture Mechanics, Payten shared a revised model to predict creep growth rates that was validated in a range of materials.

“Being able to more accurately predict crack growth in real components is highly useful because it allows you to potentially extend the life of operating industrial plants and conventional, solar and nuclear power stations with confidence,” said Payten, a senior nuclear fuel cycle researcher.

“Engineers and those of us who work in fracture mechanics have been aware for many decades that the current equations developed in the 1980s by Nikbin Smith and Webster (NSW) are overly conservative,” Payten added.

The NSW equations were derived from original mathematical work done in the 1960s by Hutchinson Rice and Rosengren (HRR).

In the NSW equation to determine plane strain crack growth, which is used in all the engineering codes, you multiply the plane stress crack growth by a multiaxial factor of 30 or 50. This produces a high estimate for failure, or shorter operational life for the component.

“When you use a factor of 30 or 50 in the equation, it might produce a result that says you have to retire the part in three years when in reality it is more likely to last 30 years,” said Payten.

“Although Nikbin came up with another method that used a factor between 3 and 8, it was difficult to use and was dependent on how you interpreted a critical angle.

“Because of this disparity between the model and actual life expectancy, I decided to take a new approach. I had an idea because everything we use is based on ductility. Rather than ductility, I looked at energies.  I went back to the original HRR equations, in order to make an assessment based on the amount of energy in the singular fields associated with crack propagation,” said Payten.

Using the original logarithm tables from the HRR paper and the Lemaitre damage model, Payten was able to calculate the energy for each of the singular fields.

“When I did all that, the factor fell out at 2.9, which I rounded up to three. This suggested the factor we multiply by would be 3 and not 30 or 50, which is a significant difference.

After testing and validating the new model a range of different materials, including carbon, steels, stainless steels, inconels and superalloys, the materials used to construct current and future power reactors, Payten said he was confident the model could be used almost universally.

Payten recommends that the universal crack growth equations and the FEA code be changed to provide a more realistic prediction of component life.

“It will be particularly important for combined cycle plants, solar power stations, and conventional plants that are now cycling, so plants do not have to be retired too early because of inaccurate predictions of crack growth rates.”

The new equations have been added to the 'crack growth' component of RemLife, an innovative software developed by Payten and distributed by ALS Global. The tool calculates the damage that power station components sustain during operating cycles and can be used to predict how long the plant can operate safely. 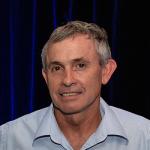