“There are still a great many questions to be answered in uranium chemistry, particularly in the context of the nuclear fuel cycle; but when researchers combine their skills and expertise, pioneering and significant solutions can be found,” said Dr Zhaoming Zhang, Principal Research Scientist, Nuclear Fuel Cycle, ANSTO.

ANSTO’s considerable expertise in characterising uranium-containing compounds has contributed to a new systematic investigation of the origins of atomic structural distortions in a family of actinide compounds.

“These compounds are relevant to spent nuclear fuel, but the research is also important for uranium mineral science, since some of the ternary uranium oxides have been found in nature,” said Zhang (pictured below), who is the lead ANSTO author. 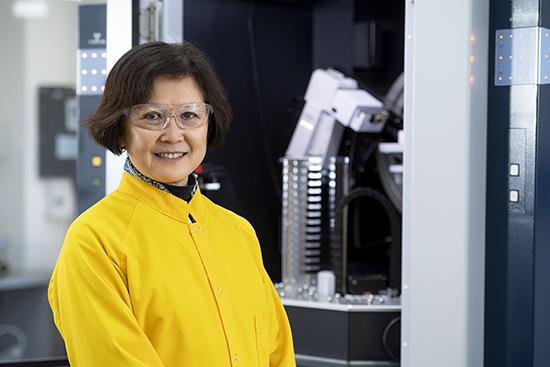 Uranium and mixed metal uranium compounds have a unique and complex chemistry, as well as radioactivity, which requires special handling.

It is important to understand the variation in atomic behaviour and crystal structure as these are intimately related to material properties, particularly those relevant to spent nuclear fuel.

“Based on previous studies, the crystal structure of all mixed metal ternary uranium oxides, AUO4, is predominantly dictated by the relative size of the A and U ions. However, there is some contention in the correct space group, which describes the symmetry in the crystal structure, to a particular rutile-related mixed metal ternary uranium oxide (β-CdUO4), which initially motivated us to start the current investigation,” explained Dr Zhang.

And although investigations of some of these materials date back to the Manhattan Project, modern advancement in characterising techniques has allowed us to address gaps in the knowledge of their complex chemical behaviour.

This investigation was initiated during the PhD work of the first author, Dr Gabriel Murphy, now at the Institute of Nuclear Waste Management and Reactor Safety, Forschungszentrum Jülich, Germany, who was supervised by Zhang at ANSTO and Prof  Brendan Kennedy at The University of Sydney.

The investigators of the current study used a combination of high-resolution X-ray and neutron diffraction, X-ray absorption near edge structure (XANES) spectroscopy, and theoretical calculations to understand the structural distortions occurring in the rutile-related mixed metal ternary uranium oxides, AUO4.

It was discovered that the distortions manifest in the tilting of the AO6 polyhedral units in the structure, as a result of the size mismatch between the A and U cations. The evolution of the tilt angle can also be used to predict phase transformations between different space groups.

“Although the polyhedral tilting has previously been reported in other mixed metal oxides, it is the first application of the phenomenon to mixed metal uranium oxides,” said Zhang.

The investigators also importantly highlighted challenges and limitations associated with the application of standard uranium computational codes to mixed metal uranium oxides. Such codes are crucial for instance in the prediction of structure-property relationships in nuclear fuel or fuel-cladding mixed metal uranium oxide products, where these are often too difficult to study using experimental methods.

The investigators consequently provide a corrective approach for this and to help guide future studies of mixed metal uranium oxide materials.

This work was the result of long-term collaboration between Australian and German scientists, which included Drs Max Avdeev, Eugenia Kuo and Daniel Gregg from ANSTO.

“There are still a great many questions to be answered in uranium chemistry particularly in the context of the nuclear fuel cycle, but when researchers combine their skills and expertise, pioneering and significant solutions can be found” said Zhang. 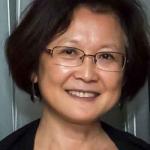