The research has been awarded the 2020 Chemistry of Transition Metals Award by the Royal Society of Chemistry.

In the journal Nature, researchers from Imperial College, London have reported a transition metal complex with a geometric arrangement of atoms that was predicted in 1893 by the 1913 Nobel Prize recipient.

This important development in inorganic chemistry demonstrates the existence of hexagonal planar geometry in a transition metal complex with potential significance for catalysis, synthesis, materials science, photophysics and bioinorganic chemistry.

“These were trigonal prismatic, in which the substituents lie on two parallel triangles either side of the metal atom, octahedral where the parallel triangles don’t overlap (the dominant geometry) and a third possibility identified was hexagonal planar. These late 18th century observations predated X-ray diffraction studies by 20 years and Werner received the Nobel prize for his studies the year after Laue received the Nobel Prize for his observation of the diffraction of X-rays by crystals.”

The investigators suggested that their finding had the potential to introduce new design principles for transition metal complexes with implications across the physical and biological sciences.

Data from the Koala Laue diffractometer at ANSTO verified the hexagonal pyramidal coordination environment of a seven coordinated nickel complex closely related to the hexagonal planar complex which has a palladium atom surrounded by three hydrides and three magnesium atoms.

All of the spectroscopy, X-ray crystallography and theoretical calculations used to characterise the structures, were done at Imperial College.

The group identified the possible location of the hydrides early in their work from electron density apparent when modelling the structure from X-ray diffraction data.

“My colleague Mark Crimmin has carefully verified this novel coordination geometry by probing how the different ligands act to stabilise this remarkable and previously unobserved arrangement. He proposes that the alternating sigma donors and sigma acceptors give rise to an electronically favourable arrangement. 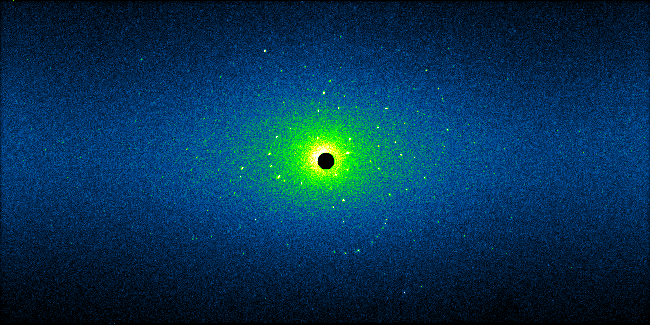 A neutron diffraction image from the Koala experiment reported in Nature

“The neutron diffraction experiments allow verification that the hydrogen nuclei lie where the electron density from X-ray diffraction suggests. The experiments were quite challenging as the crystals were air and moisture sensitive so we used an inert nitrogen gas atmosphere at low temperature to prevent sample degradation. The neutron diffraction experiment confirmed that addition of one more ligand to the 6 coordinate complex pushes the six coordinating ligands away from the metal plane that the new ligand bonds to, while the hexagonal array is retained.”

“It would have been exciting to observe the hydrides in the hexagonal planar palladium complex with Koala but, to date, only the related nickel complex has survived transport to Australia,” said Edwards.  It was an exceptional opportunity for my PhD student George Sackman who is jointly supervised by Richard Cooper at the University of Oxford to participate in this research and the joint funding of his studentship by Oxford Cryosystems, ANSTO and the University are gratefully acknowledged.”

“With six high profile chemistry papers in the last year, the aspiration for Koala to be a major resource for chemical crystallographic studies of novel structures is now a reality,” said Edwards. 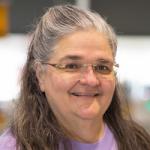