ANSTO scientists, who are experts in the monitoring of fine particle pollution, have developed a research instrument to measure the concentration of black carbon in the atmosphere and determine its source.

Black carbon is a key component of fine particle air pollution; its quantification will produce a better understanding of the role it plays in climate change. 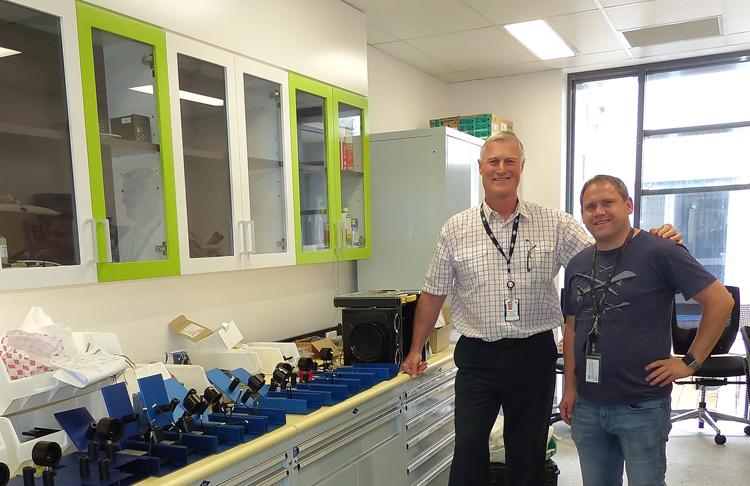 To date, 17 instruments have been shipped to a number of countries in Asia, Europe and Africa, including China, the Philippines, Morocco and Mongolia, for use and testing.

Typical aerosol filter samples used for fine particle pollution monitoring can be loaded in the instrument for measurements.

One of the key features of the modular desktop technology is its ability to distinguish black carbon particles from two primary sources: diesel vehicles and biomass burning, such bushfires or crop burning regimes.

Because the instrument can measure light absorption at seven different wavelengths, it can distinguish different black carbon particle sizes and types. 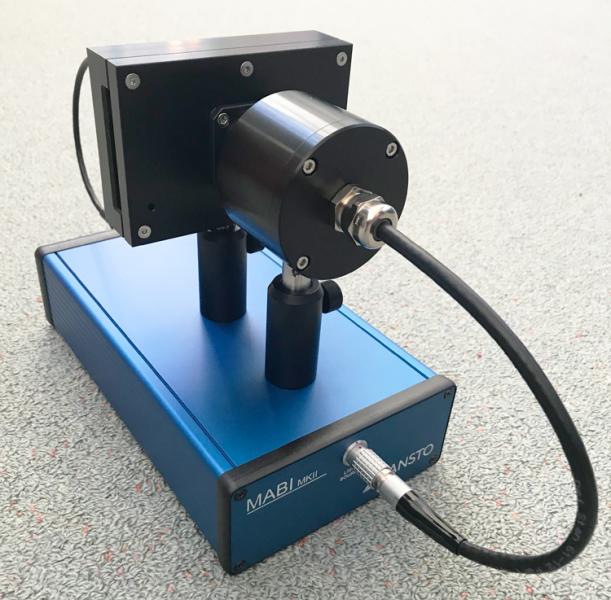 MABI, which is powered from a simple USB cable has inbuilt software to record and export transmission data which can be converted to black carbon concentrations through standard equations.

The equation are provided and the users are able to measure their own black carbon mass absorption coefficients for each wavelength and for their own particular region and sampling site.

“This ensures that the calculation is specific to their sampling site and a more accurate estimate of the black carbon content in their air,” said Cohen.

The light from seven LEDs in the unit extends to wavelengths from 405 nanometres to 1050 nanometres.

And the process is fast, taking less than 35 seconds to complete the seven wavelength measurement.

Cohen said that the idea for the instrument came from ANSTO’s fine particle pollution sampling program.

“We used to measure black carbon at one wavelength and use a single mass absorption co-efficient to cover all particle sizes. This assumed that every particle was the same size and density. It was important for climate change models to improve this approach,” he said.

There was some inspiration from a costly, high-end instrument, an aethelometer, which also makes black carbon measurements at multiple wavelengths.

ANSTO Engineers David Button and Ed Stelcer were responsible for the design and build but had the assistance of people across campuses.

“With 17 instruments out there, some for more than 12 months, we are very happy with the performance to date. There have only been two minor software issues so far, both of which were resolved quickly,” said Button.

“The next 20 instruments have been assembled and are available for purchase. The cost depends on where it is being shipped,” he said.

“More than 2,500 filters have been analysed on the instruments, which is building our confidence in this technology,” said Cohen.

“Nonetheless at this stage, the supply of instruments is still part of a research project. Licensing opportunities will be considered as more orders come in and when we have a reliable picture of its performance.”

“Facilities which purchase the instrument are asked to provide their  data back to ANSTO to be added to the global  database we maintain on fine particle pollution.”

“Ideally the instrument could be used by all the environmental protection agencies and environmental monitoring facilities sampling air pollution using filters,” said Cohen.

“There has been considerable interest at international and national conferences where we have spoken and I have been using my fine particle pollution contacts to promote the use of our MABI instrument,” said Cohen.

The International Atomic Energy Agency (IAEA) has purchased one for its environmental monitoring facility at its Seibersdorf Laboratory in Vienna.

ANSTO has also been undertaking training in South America in the use of this instrument.

“I’m pleased to say things are looking like it works extremely well - based on all the results so far. However testing of the final batch of instruments over the next few weeks will be decisive,” said Cohen.