Measurements at ANSTO have supported research by Imperial College London researchers, who tapped into ancient geological data locked within precariously balanced rocks using a new technique, to boost the precision of hazard estimates for large earthquakes by up to 49 per cent.

In findings published in AGU Advances, they demonstrated that naturally-formed balancing boulders could be used to help scientists to forecast large earthquakes more precisely.

Precariously balanced rocks (PBRs) are formations found throughout the world where a slender boulder is balanced precariously on a pedestal boulder.

They form as blocks preserved on cliffs, or when softer rocks erode and leave the harder rocks behind. They can also form when landslides or retreating glaciers deposit them in strange positions.

Despite their delicate balancing act, many PBRs , such as Karlu Karlu  (Devil’s Marbles) in the Northern Territory (not featured in this study), have survived earthquake shaking over thousands of years.

They can, therefore, reveal the upper limit of earthquake shaking that has occurred since they were first formed– shaking that, were it strong enough, would have caused them to topple.

In this study the UK researchers, led by Anna Rood of the Department of Civil and Environmental Engineering at Imperial College London, set out to determine the fragility or likelihood of toppling due to ground shaking, and age of PBRs at a site near to the Diablo Canyon Nuclear Power Plant in coastal California in the US. 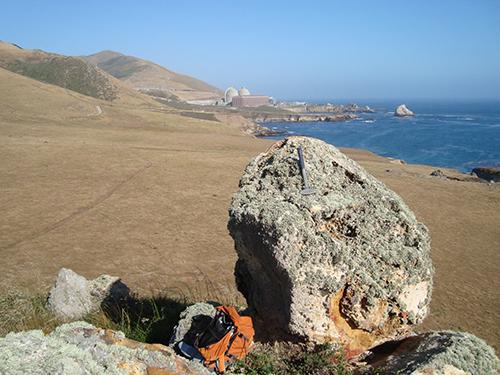 They used a technique called cosmogenic surface exposure dating – counting the number of rare beryllium atoms formed within rocks by long-term exposure to cosmic rays – to determine how long PBRs had existed in their current formation in measurements supervised by Dr Klaus Wilcken at the Centre for Accelerator Science at ANSTO.

“The cosmogenic isotopes, in this case beryllium-10, can tell you how long the PBR’s existed in their current location because it is produced through the interaction of cosmic-rays with the quartz crystals in the rock at a known rate. Only the ultra-sensitive technique, accelerator mass spectrometry, can measure  the ultra low concentration of beryllium-10 atoms in the rock," said Wilcken.

“By sampling  a suite of PBRs that each have their own fragility level and dating them, we can establish inverse markers for past earthquakes on the time scales of 10,000 to 1,000,000 years.”

Large-magnitude earthquakes can have significant consequences on key infrastructure, such as power plants, dams or other facilities.

“The use of this technique may prove to be extremely value in hazard assessments of areas where this infrastructure is located,” said Wilcken.

Report has been adapted from content provided by the Imperial College London. Read more 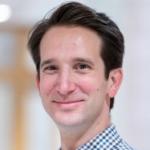 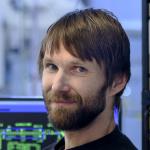