The usefulness of applying stable isotope analysis (SIA) to evaluate optimal diets and feeding regimes for the production of the Pacific Oyster in hatcheries has been confirmed in research at Environmental Isotope Labs at ANSTO.

The research is expected to be of interest to the aquaculture industry because it was undertaken in collaboration with the NSW Department of Primary Industry through the research centre, the Port Stephens Fisheries Institute, which investigates aquaculture, marine ecosystems, freshwater ecosystems, and assesses fisheries resources.

The Pacific oyster, Crassotrea gigas, is farmed at Port Stephens and other parts of Australia. The Australian industry was estimated at $50 million in 2012 but it is more significant globally.

It is believed to be one of the first studies to use stable isotopes to investigate the diets of bivalve larvae, assimilation and their subsequent contribution to growth and survival.

The research was undertaken to evaluate the dietary influence of microalgae on the growth and survival of hatchery reared Pacific oysters during their first two weeks of life. It was published in the Journal of Shellfish Research.

In comparing ratios of 13C to 12C , 15N and 14N and C to N,  the study showed that that specific species of microalgae, Chaetoceros calcitrans and a combined feed of Pavlova lutheri, Tahitian Isochrysis aff. Galbana and Chaetoceros calcitrans (PCT) induced the best growth and survival of Crassotrea gigas larvae.

Stable carbon and nitrogen isotopes showed that the larvae were able to better assimilate C.calcitrans and PCT than Pavlova lutheri and Tahitian Isochrysis aff. Galbana.

Nutrient assimilation is essential for tissue building in an organism.

University of NSW PhD candidate Angela Liu carried out the investigations at ANSTO under the supervision of nutritional ecologist Debashish Mazumder, who pioneered the use of isotopic  techniques for nutritional ecology and Associate Professor Jesmond Sammut, who applies his expertise to solve aquaculture problems in Asia.

“I chose those algae because they are standard feed in hatcheries and being used by the Department of Primary Industry,’ said Liu.

Although the differences were not significant and were expected, the research validated the use of the methodology.

The isotopic composition of living organisms is a reflection of their diet. The carbon to nitrogen ratio is an indicator of diet quality.

The authors of the paper note that could be used to develop optimal diets for other farmed bivalve species.

The findings were consistent with the assumption that dietary carbon is mostly used for metabolism and dietary nitrogen is used for growth.

“It is important to understand any changing larval nutritional requirements during ontogeny, the stage at which larval assimilate the most nutrients from particular diets,” said Liu.

The rearing of larvae in hatcheries is particularly difficult and problems can occur when the larvae transition from reliance on internal energy reserves to nutrients from the water column.

Oysters are bivalves and feed by filtering algae and other nutrients from the sea water in which they live.

In the first two weeks of life, the floating fertilised egg of the oyster becomes a free swimming and then crawling pediveliger

Because Pacific Oysters are a hardy species with fast growth and high reproductive rates, they are used in aquaculture.

In the past, studies have relied on biochemical analysis, growth and survival experiments to determine the nutritional value of microalgal species in oyster larvae diets.

“It’s a very transferrable technique, which opens up investigations for other aquaculture projects,”  said Liu, who is now using it in similar aquaculture research on the Yellowtail Kingfish, also in collaboration with the NSW Department of Primary Industry.

“Industry is very interested in bringing the whitefish market back to Australia, which has the potential to generate more than $400 million over the next decade,” said Liu.

The usefulness of applying stable isotope analysis (SIA) to evaluate optimal diets and feeding regimes for the production of the Pacific Oyster in hatcheries has been confirmed in collaboration with environmental researchers at ANSTO, UNSW Australia and the New South Wales Department of Primary Industries (NSW DPI).

The research is expected to be of interest to the aquaculture industry because it was undertaken in collaboration with NSW DPI at the Port Stephens Fisheries Institute, which investigates aquaculture, marine ecosystems, freshwater ecosystems, and assesses fisheries resources. 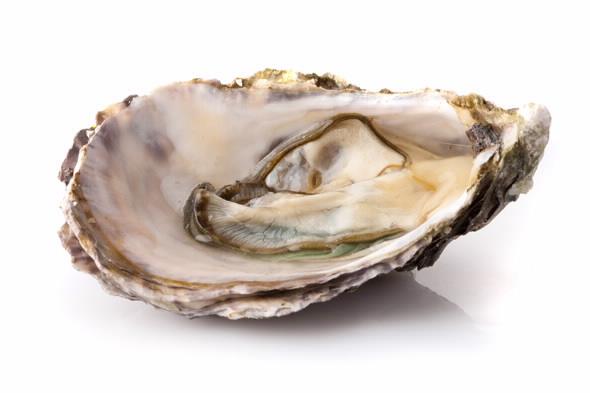