Some of the more challenging aspects of dealing with radiation are that you can’t see it directly and it can lead to radiation exposure when trying to measure it. 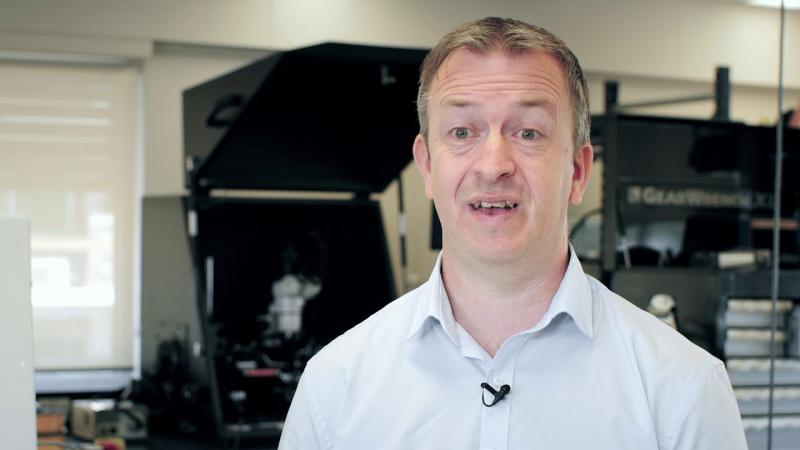 “It allows you to determine the identity of gamma emitting radiation and where it is,” said physicist Dr David Boardman, who is leading the Nuclear Stewardship team that has developed an application-specific system for imaging within the High Flux Australian Reactor (HIFAR) reactor vessel and a portable imaging system for lower dose rate environments.

These systems can be remotely deployed to image areas and therefore reduce radiation exposure to workers.

The technology combines spectroscopic gamma ray images with a 360° by 90° panoramic optical image to enable the fast and accurate identification of gamma emitting radionuclides and pinpoint their location.

The ANSTO developed technology is based on the recent theory of compressed sensing.

This mathematical sampling theorem allows a significant reduction in the number of measurements needed when compared to traditional aperture based imaging systems, like pinhole cameras or coded aperture imagers, which use mechanical collimation.

“Traditional imaging is based on the sampling of uniform discrete elements (pixels) in the image field of view and this is the case when we take optical pictures with our mobile cameras. As these optical image files are large in size we normally compress them into the JPEG format before sharing.

This compressed JPEG image contains all the important image information, but is only a fraction of the original file size. The compressed sensing technique works by directly acquiring images in a compressed format, rather than measuring the whole data set”, explained Boardman.

The application-specific instrument, funded by the HIFAR decommissioning project, was developed to produce a spectroscopic image of the HIFAR reactor, which is being decommissioned after almost 50 years of service.

“It can provide crucial information in a high-dose environment for the development of an efficient decommissioning plan,” said Boardman.

In order to reach the reactor chamber, the system had to be sent down a narrow shaft. All the sensitive components and electronics of the imaging technology were placed on the top plate of the reactor and were therefore not exposed to the dose rate of approximately 10 sieverts an hour that the system had to operate in.

The first spectroscopic gamma ray images of HIFAR identified hotspots of 60Co in two areas, which aligned with the historical records of the facility. The successful deployment of this system generated the first known spectroscopic gamma-ray images from within a reactor chamber and provided a quantitative analysis of the radiation environment for decommissioning.

The portable system was designed for low to medium dose rate environments, which covers background levels to millisieverts per hour.

An advanced prototype of the portable system has been tested in various locations around ANSTO, where it is proving to be very effective in localising sources of radiation.

“Because of the 360° horizontal and 90° vertical field of view, you can scan most of a room in one acquisition” said Boardman.

“We have used it to obtain time lapse images of the molybdenum-99 production process from behind a series of hot cells.”

All research relating to the research and development was carried out at ANSTO, which has filed two patents on the IP of the technology.

“It could potentially be useful in numerous industrial settings where there is radiation, such as nuclear reactors, nuclear medicine facilities and high energy physics laboratories.“

The developed imaging technology combines all the differing positive attributes found in existing commercial imaging systems, which include: a large field of view, wide energy range, speed, cost-effectiveness, configurability and adherence to ALARA (as low as reasonable achievable) in radiation environments.

The team is currently preparing research papers for publication.

Dr Mark Reinhard, the leader of Nuclear Stewardship, commented that "This significant innovation by David and his hard working team is set to deliver significant benefits to the operators of nuclear industry infrastructure and nuclear medicine production facilities as well as radiation safety and medical physics applications in the health sector”.

ANSTO provides a range of specialist capabilities to detect and measure ionising radiation. 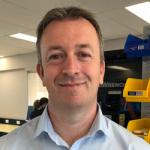