ANSTO has collaborated on research that provides important new evidence that methane emissions from human mining and use of fossil sources have been greatly underestimated—as these emissions had been inaccurately attributed to natural fossil emissions from the Earth.

The findings provide strong support for the identification of human fossil sources as the primary source of fossil methane emissions in the atmosphere, a question that has been under debate in the scientific community.

Methane is the main component of the ‘natural gas’ that we use for heating, cooking and power generation. It is associated with gas, oil and coal deposits and this ‘fossil methane’ can be released to the atmosphere during mining operations and gas usage.

Fossil methane is also released naturally from geological seeps and mud volcanoes. Because fossil methane has been locked up in the Earth for so long, the radioactive isotope of carbon, radiocarbon or carbon-14, has decayed away.

This makes it easy to tell fossil methane sources from biological methane sources which include wetlands, termites, animals and fires and have a contemporary carbon-14 signature. There are additional natural and human methane sources as well (see graphic below), each of which has a characteristic isotopic ‘fingerprint’. 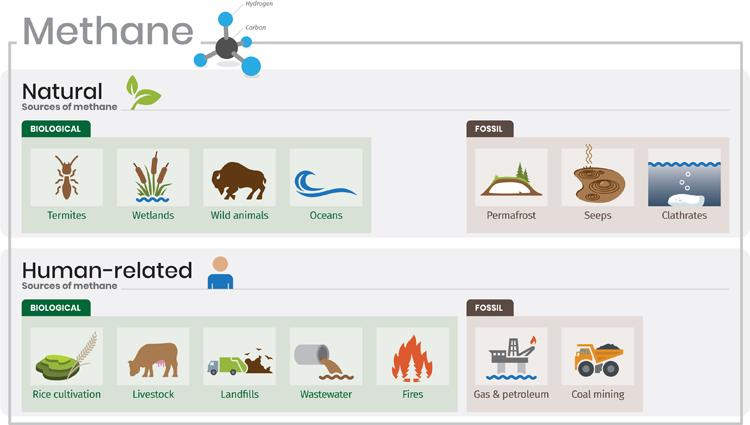 It is a more difficult problem to quantify the relative emissions from natural geological sources and human fossil fuel use.

In research, led by Benjamin Hmiel from the laboratory of Professor Vasilii Petrenko at the University of Rochester in the USA, and involving a consortium of international organisations, including ANSTO and CSIRO in Australia and NIWA in New Zealand, published today in the prestigious journal Nature, the team reported methane from human fossil sources is likely 25-40 per cent larger than previously measured. 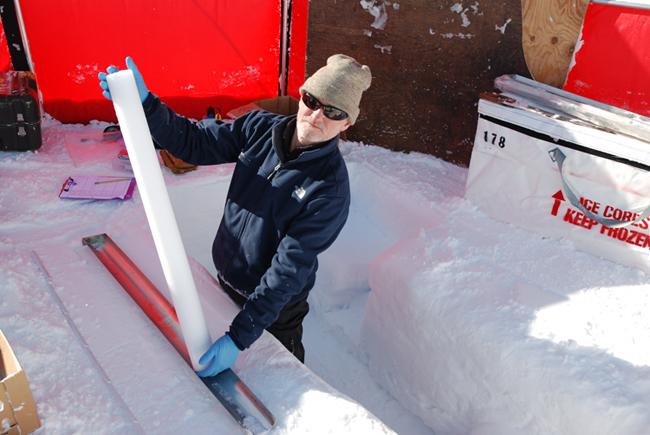 Co-author senior research scientist, Dr Andrew Smith (pictured above), who helped pioneer the technique that enables the measurement of very minute quantities of carbon-14, said “a  ‘top down’ approach was used in this study.

This is based on measurements of the concentration and isotopic composition of the methane, used in combination with numerical modelling, to determine source strengths.”

The alternative is a ‘bottom up’ approach in which inventories of coal, oil and gas production are used in conjunction with average emission estimates to establish human fossil source strengths.

“This is the main method used to date and relies on emission figures being correct and the reporting of production being accurate,” said Smith.

A history of the amount of methane in the atmosphere was reconstructed from 1750 to 2013 in the paper using firn air and ice cores from Antarctica and Greenland which have preserved samples of the Earth’s past atmosphere.

The greenhouse gas levels really started to ramp up after the agro-industrial revolution in the mid-19th century. Smith emphasises the highly collaborative nature of the study. Each of the research organisations brought different expertise and contributed to the development of several techniques used in the study over the decades.

Smith, Dr David Etheridge from CSIRO and University of Rochester scientists, including Dr Vasilii Petrenko, collected the ice cores over several expeditions to field sites in Antarctica and Greenland.

It required the herculean efforts of a large team in the field to collect sufficient samples of ice to retrieve the old air. Typically, a tonne of ice is needed to yield just one methane sample.

This takes a team of four people three days to drill, prepare and melt on site to liberate about 100 L of old air. From this air, about 20 millionths of a gram of carbon is separated from the methane and it is this carbon that is analysed in ANSTO’s accelerators for carbon-14.

Air was pressurised into special cylinders on site and transported to University of Rochester for the delicate extraction of gas from the precious air samples in Petrenko’s lab. Here the methane was converted to carbon dioxide and shipped in glass tubes to ANSTO.

At ANSTO, conversion of the carbon dioxide to solid graphite was conducted by Dr Quan Hua and Dr Bin Yang, with Dr Andrew Smith performing the ultra-sensitive measurements of the amount of radiocarbon in the samples using accelerator mass spectrometry on ANSTO’s ANTARES accelerator.

“There is no margin for error in making measurements of the samples, so we proceed painstakingly,” said Smith. “The samples are irreplaceable and very expensive to obtain and the measurement runs typically go continuously for 30 hours or more. Everything has to run perfectly”.

ANSTO is one of the few laboratories in the world capable of making these measurements, which requires identifying and counting individual atoms.

“It is possible to distinguish methane from fossil sources and biological sources, because the fossil methane has been in the Earth so long that it no longer contains any carbon-14. To distinguish human from natural fossil sources we had to go back in time before major fossil fuel exploitation. This allowed us to show that the natural or geological sources were much less than had been calculated. Conversely, this means that the human fossil source is much greater”.

“CSIRO Atmospheric scientist Dr David Etheridge and colleagues brought knowledge of the processes that lead to the encapsulation of air in the accumulating firn and ultimately its trapping as bubbles in the ice,” said Smith. “This is needed to read the past atmospheric record in the ice sheets”.

These are very complicated calculations involving diffusion processes for different gases and isotopes of gases and the concentration history at the surface.

‘If gas is taken out of the firn, different gases within the firn will have different ages and different age ranges. You have to run the process backwards to deconvolute it and CSIRO can do that,’ said Smith.

“The good news is that we can do something about it.  Methane has a lifetime of about 9 years in the atmosphere, much shorter than that of carbon dioxide, so it is rapidly removed. Being a strong greenhouse gas, the effect of reducing emissions will be quickly felt.” 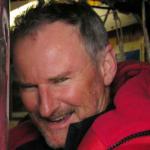 Research to date and trace past climate change and interpret the indicators and drivers of the Earth's climate.