The International Year of Light 2015 (IYL2015) has been a tremendously successful global initiative with thousands of events reaching millions of people in over a hundred countries including Australia.   It will be brought to an official close with a ceremony held from 4-6 February 2016 in Mérida, Mexico.

The history of the study of light has involved virtually all the major figures of science, and their stories reveal the human side of science in many different ways.

From the earliest times, many philosophers considered the question of light. Some argued it was a stream of particles, while others were certain it was composed of waves. Isaac Newton was one of the advocates of the ‘corpuscular’ theory, and performed experiments on light towards the end of the 17th century. Perhaps the most famous was his experiment with sunlight and prisms where he showed that white light is composed of many colors, and that each individual color could not be used to re-create white light or be broken down further. He also performed rather frightening experiments on himself to study the perception of light by his eyes. 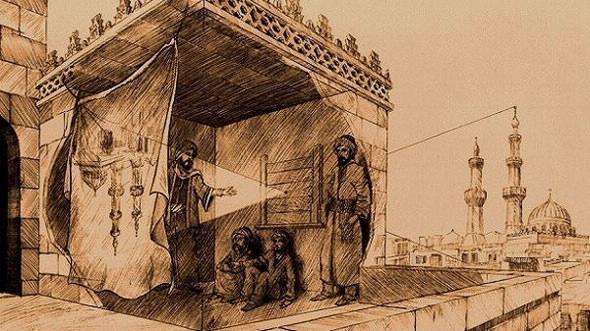 Alongside Newton’s ideas, the idea that light was a wave had been proposed by people such as Christiaan Huyghens and Newton’s rival, Robert Hooke. But it was not until a century later, in 1800, that the experiments of Thomas Young showed that light can exhibit interference (e.g.., the crests and troughs of the waves can add or subtract to give bright and dark regions).

He also proposed that light of different colors has different wavelengths, and that we see these colors with sets of three detectors in our eyes for the three primary colors.

The camera obscura - or the projector as we know it today - has a long history dating back to 400 BC. Mo-ti, Chinese philosopher and founder of Mohism, is attributed with the first known mention of the camera obscura concept (then called a pinhole camera). His basic observations of light developed into a minor theory of optics. In 350, Aristotle further proved Mo-ti’s theory that light travels in straight lines by observing that light traveling through even the smallest holes in objects will still create a circle of light on the ground.

The year 2015 marks the 1000th anniversary since the appearance of the remarkable seven volume treatise on optics Kitab al-Manazir written by the Arab scientist Ibn al-Haytham. Born around a thousand years ago in present day Iraq, Al-Hasan Ibn al-Haytham (known in the West by the Latinised form of his first name, initially “Alhacen” and later “Alhazen”) was a pioneering scientific thinker who made important contributions to the understanding of vision, optics and light. 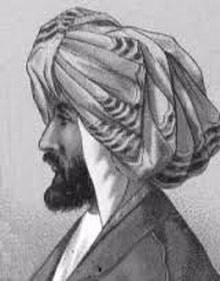 His methodology of investigation, in particular using experiment to verify theory, shows certain similarities to what later became  known as the modern scientific method. Through his Book of Optics (Kitab al-Manazir) and its Latin translation (De Aspectibus), his ideas influenced European scholars including those of the European Renaissance. Today, many consider him a pivotal figure in the history of optics and the “Father of modern Optics”.

During the 19th century, experimental and theoretical developments in the understanding of electricity and magnetism culminated in the work of James Clerk Maxwell, who showed that there must be waves of oscillating electric and magnetic fields. These waves were predicted to travel at a speed very close to the measured speed of light, so it appeared very likely that (visible) light is an electromagnetic (EM) phenomenon. We now know that light is indeed a very high frequency form of EM radiation.

But just as the wave theory seemed triumphant, Albert Einstein showed in 1905 that the explanation of the photoelectric effect (where electrons can be knocked out of metals by shining light of high enough frequency) required light to come in discrete packets, or photons as we call them. How light can behave both as waves and as particles is a mystery which endures to the present day, but the extraordinary developments in the uses of light in recent times (eg photonics) depend on this dual nature.

Having mentioned Einstein, it is appropriate also to mention his work on Special Relativity. This theory relies on the fact that the speed of light is invariant, i.e., it is the same for everyone no matter their own state of motion. Measuring speed involves measuring times and distances, which means understanding space and time is more complicated than we used to think! For more on Einstein’s revolutionary theory of relativity, see the Einstein Centenary.

Light from outside the Earth is the province of Astronomy. From the earliest times, people observed the succession of day and night, the waxing and waning of the moon, and the relation of the constellations to the seasons on Earth. Early astronomers were needed to produce calendars, to mark the passing of time.

Developments in the ancient world came from many civilisations: Chinese, Indian, Egyptian, Greek, Arabian, Persian, Mayan, to name a few. Once the telescope had been invented, astronomers could study more objects, and more distant objects, than before, so names like Galileo, Brahe, Kepler, Newton, and other are all involved in the beginnings of modern astronomy.