In a new paper published in Nature, an international group of researchers led by Vassilii Petrenko of the University of Rochester (US), who included ANSTO environmental scientists, report two important findings regarding methane, a powerful greenhouse gas and large contributor to global warming:

• humans are probably contributing more methane to the atmosphere through fossil fuel use and extraction than scientists previously believed.

Measurements of the carbon-14 content of methane (14CH4) and carbon monoxide (14CO) of ancient air extracted from Antarctic ice cores were carried on the ANTARES accelerator at ANSTO’s Centre for Accelerator Science under the supervision of co-author Andrew Smith.

“It is the only one of our four accelerators that can deal with these tiny radiocarbon samples which contain only 20 micrograms of carbon,” said Smith.

Co-author Quan Hua supervised the graphitisation, in which the carbon in the samples was converted into graphite prior to measurements on the accelerator.

“Working with such minute samples is challenging but we have a great deal of experience with the technique,” said Hua.

The atmosphere contains methane that is emitted naturally—from wetlands, wildfires, or ocean and land seeps—and methane emitted from human activities like fossil fuel extraction and use, raising livestock, and generating landfills, with human-emitted methane accounting for 60 per cent or more of the total.

Scientists are able to accurately measure the total methane level in the atmosphere and how this has changed over the last few decades.

The challenge is breaking down this total into the specific sources.

“We know rather little about how much methane comes from different sources and how these have been changing in response to industrial and agricultural activities or because of climate events like droughts,” said Hinrich Schaefer, an atmospheric scientist at the National Institute of Water and Atmospheric Research (NIWA) in New Zealand, where a key part of the sample processing took place.

“That makes it hard to understand which sources we should target specifically to reduce methane levels.”

Scientists can use measurements of different isotopes of methane (methane molecules with atoms of slightly different mass) to fingerprint some of the sources.

But even this approach doesn't always work because the isotope “signatures” of some sources can be very similar. For instance, fossil methane is methane emitted from ancient hydrocarbon deposits, typically found at sites rich in fossil fuels. Fossil methane that leaks naturally from these sites—“geologic methane”—has an isotope signature that is identical to fossil methane emitted when humans drill gas wells.

Separating the natural and anthropogenic sources and estimating how much humans emit has therefore proven difficult.

In order to better understand the natural and anthropogenic components of fossil methane, Petrenko and his team turned to the past.

Petrenko’s lab at The University of Rochester’s Department of Earth and Environmental Sciences and the Center for Energy and the Environment, is dedicated to understanding how both natural and man-made greenhouse gases respond to climate change. They analyse how past climate changes have affected greenhouse gases over time and the ways in which these gases might respond to future warming temperatures.

In this research, Petrenko and collaborators from several US and international laboratories which included ANSTO’s Centre for Accelerator Science, studied past atmospheric records using ice cores extracted from Taylor Glacier in Antarctica. These cores date back nearly 12,000 years.

Every year that it snows in Antarctica, the current snow layer weighs on the previous layer, compacting over hundreds or thousands of years to eventually form layers of ice. These ice layers contain air bubbles, which are like tiny time capsules; using vacuum pumps and melting chambers, researchers are able to extract the ancient air contained within these bubbles and study the chemical compositions of the ancient atmosphere.

Humans did not begin using fossil fuels as a primary energy source until the Industrial Revolution in the 18th century. Because of this, 12,000-year-old ice cores contain no fossil methane originating from human activities; fossil methane levels are based solely on methane emitted from natural sources. Natural geologic methane emissions of the past are thought to be comparable to natural emissions today, so studying ice cores allows researchers to very accurately measure these levels, separate from their anthropogenic counterparts.

“Going back before any anthropogenic activities—before the Industrial Revolution—simplifies the picture and allows us to estimate natural geologic sources very accurately,” said Petrenko.

The study also suggests that the risk of methane release from natural ancient carbon reservoirs is lower than previously thought. Scientists have raised the possibility that global warming could release methane from very large ancient carbon reservoirs such as permafrost and gas hydrates—ice-like forms of methane in the sediments at the bottom of the ocean. These become less stable as temperatures increase.

If climate change from burning fossil fuels were to trigger large emissions of methane to the atmosphere from these old carbon reservoirs, this would lead to even more warming.

“The ancient air samples reveal that these kinds of scenarios regarding natural methane emissions are not as important to take into account for future planning,” Petrenko says.

In 2011 a team of researchers led by Petrenko, spent seven weeks in Antarctica collecting and studying 2,000-pound samples of glacial ice cores that date back nearly 12,000 years. 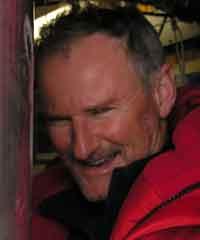 Andrew Smith is one of ANSTO’s most experienced environmental physicists with an accomplished career in particular accelerator systems and accelerator mass spectrometry (AMS) . Past projects include investigations of the long lived  radionuclides in Antarctic ice as    tracers and chronometers for global climate change studies. His experience with atmospheric radiomethane dates back to the late 1990s with expeditions to Antarctica to collect ice cores. Andrew has measured radiocarbon signatures of the greenhouse gases for atmospheric  studied as well as used beryllium 10 from ice cores to document past solar activity. He has carried out extensive field work in Greenland and Antarctic 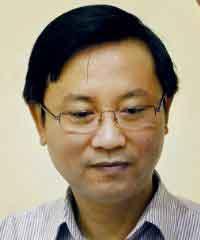 Quan Hua is a Principal Research Scientist at ANSTO who undertakes primarily environment research using AMS. He has more than 20 years working experience in radiocarbon dating and its applications in Quaternary and climate      change studies. His current research focuses on radiocarbon calibration, and high resolution proxy records of climate series from coral, speleothems, tree rings and sediments. He has had recent collaborations on archaeological projects in  Cambodia. He has also contributed to developing the capability in preparing ultra-small radiocarbon samples for AMS analysis.