Griffith University researchers are conducting an experiment at ANSTO that will test a revolutionary physics theory that time reversal symmetry-breaking by neutrinos might cause a time dilation at the quantum scale.

With support from the National Measurement Institute (NMI), A/Prof Erik Streed needed a source of anti-neutrinos and some atomic clocks to carry out a preliminary experiment that would test the validity of a new quantum theory of time being developed by his Griffith University colleague Professor Joan Vaccaro.

A quantum theory of time

Vaccaro is an accomplished theoretical physicist, who has developed a fundamental theory that puts time and space on the same footing.

The theory proposes that the dynamics we observe everywhere as changes occurring over time are not fundamental parts of nature but emerge phenomenologically due to time symmetry violations.

It is revolutionary because if it is correct, it will overturn the way we think about time and space, as well as fundamental laws, such as the conservation of mass.

(left to right) Lou Marais (NMI), Michael Wouters (NMI) and Erik Streed (Griffith University) stand in proximity to one of the timing stations

A source of neutrinos to test the theory

Following the publication of the theory in 2016, Vaccaro proposed that an experiment could be undertaken with a nuclear reactor to test the theory.

The OPAL reactor produces a vast stream of anti-neutrinos that move unscathed through matter as they interact only extremely weakly with it.

The evidence that neutrinos exhibit time symmetry violation has been growing in recent years and currently stands at 99.7% certainty.

The experiment will test the theory because anti-neutrinos produced by the reactor represent a time violation field that has an inverse square law fall-off with distance from the core.

The theory predicts that the time accumulated by a clock depends on the amount of time violation in its local region.

A clock placed near the reactor core is predicted to lose synchronicity with the more distant clock.

This means that one of the test clocks near the reactor, may show some time dilation, or difference in elapsed time, when compared with a clock a short distance away.

“My colleague’s calculations suggest that neutrinos may have a greater impact on time than we realise,” said Streed.

“It would be very surprising indeed if neutrinos were interacting with matter on the basis of time rather than just the weak nuclear force,” said Streed.

Following a successful proposal submission to the Australian Centre for Neutron Scattering, the investigators travelled to ANSTO to install two timing stations with atomic clocks in proximity to the reactor, where they will collect data for six months.

Atomic clocks are used in tests of fundamental physics to detect tiny effects at the quantum scale because of their outstanding accuracy and precision, which approaches parts in 1017-to 1019 for the best clocks.

Dr Michael Wouters, who leads Standards for Time and Frequency at the National Measurement Institute in Sydney, is collaborating on the experiment.

NMI provided the atomic clocks and developed the measurement systems that are essential for the experiment.

In this initial experiment, commercially available high-precision clocks are being used. Clocks with much better performance would be used in an improved version of the experiment.

Each station comprises a caesium primary clock, three secondary clocks and the measurement systems used to compare the clocks to less than a billionth of a second.

It was important for the clocks to be subject to neutrinos in an environment under exactly the same physical conditions because they are not completely immune to changes, such as the ambient temperature.

The caesium clocks are contained in rather ordinary looking beige boxes protected by a bar that acts as a barrier against someone knocking into it.

Wouters explained that the experiment doesn’t involve single measurements but averaging for an optimal time for each particular type of clock to get the best possible measurement.

The fact that the reactor is shut down for maintenance periodically provides an advantage, in that, it provides a predictable control for the experiment, when the two sets of clocks should be running at the same rate.

This would be a more convincing experimental demonstration of the proposed time dilation effect.

Any result or limit from the reactor experiment will be compared against calculations from uncertainties in the observed motion of planets and other objects orbiting the sun, which are predicted to be similarly affected by the solar neutrino flux.

“Irrespective of the outcome, part of the experiment is about getting experience in the environment we have to work in, which is not a controlled environment like our labs,” said Wouters.

“The operating conditions will help us identify and characterise potentially relevant sources of error from a range of environmental conditions, helping us to design an improved version of the experiment,” he added.

The measure of success

Streed said that if the experiment is successful, it will provide a ‘number’ for how big the quantum effect on time is.

“And if the effect is occurring at the reactor level, we would need to validate it at it at other nuclear reactors and then look for the effect in other places, like planetary orbital data,” he said.

“From a scientific perspective, it is incredibly high risk because of the unknowns,” says Streed.

But it is clearly a risk that Streed and Vaccaro are willing to take because of its momentous importance  if the experimental evidence supports the theory.

In any case, time will tell. 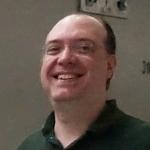 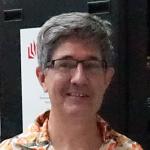