Scientists at the Tokyo Institute of Technology in Japan and ANSTO have discovered a new class of materials with the ability to conduct protons (hydrogen ions) that could potentially be used in next generation fuel cells, in electrolysers to break down water into hydrogen and oxygen and in catalysis for industrial applications.

The investigators, Dr Taito Murakami and Prof Masatomo Yashima at the Tokyo Institute of Technology and Instrument Scientist Dr James Hester at ANSTO, also identified the underlying mechanism that elucidates how protons are transported within the compound.

Only a limited number of stable materials have been found that can conduct protons and only at the laboratory scale.

The compound from a new class of materials, which was reported In a paper in the Journal of the American Chemical Society, is composed of the heavy elements, barium, erbium and zirconium, the light metal aluminium and the light element oxygen. It is classified as a hexagonal perovskite-related oxide, which refers to the geometry of the basic unit cell.

“Using neutron scattering at ANSTO we were able to confirm the structure, which is comprised of stacked cubic and hexagonal perovskite layers. The atomic structure and the local environment give a material its properties. In this case, conduction can take place because there are areas deficient in oxygen that serve as pathways for the hydrogen ions,” said Hester. 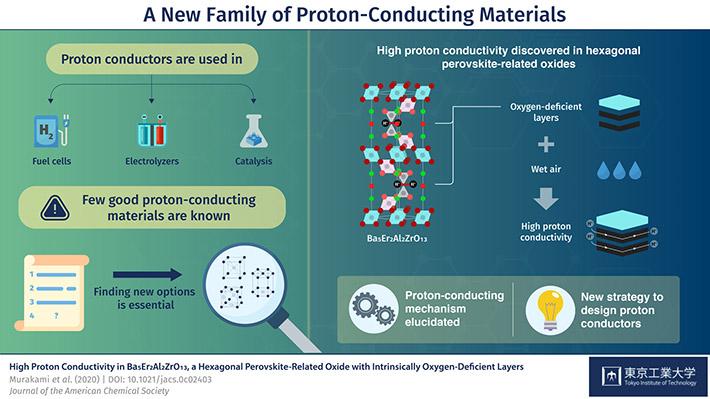 The team realised that intrinsic oxygen deficiencies in the new material gave it an advantage over other proton conductors—eliminating instabilities, the need for doping to improve conductivity and difficulties in synthesising uniform samples.

The Echidna high resolution powder diffractometer is a very useful instrument in the development of new materials because it has the capacity to differentiate complex atomic structures that are made of both heavy and light elements.

“It was important to know where the lighter oxygen atoms were in the structure to understand the underlying conduction mechanism,” said Hester.

“Proton conduction in oxides typically occurs via the hopping of protons between oxides. Therefore the crystal structure and the local environment around the ions have a tremendous impact on the possible conducting pathways,” said Prof Yashima in a media statement.

Further experimentation also revealed that water molecules in the air could dissolve into the oxygen deficient layer of crystal, where the oxygen from the water is separated from hydrogen to produce mobile hydrogen ions.

Read more on the Tokyo Institute of Technology website 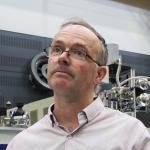