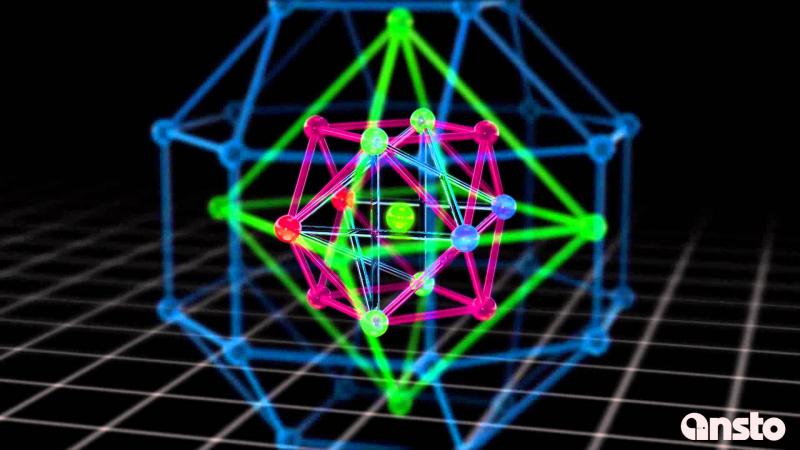 Australian and Taiwanese scientists have discovered a new molecule which puts the science community one step closer to solving one of the barriers to development of cleaner, greener hydrogen fuel-cells as a viable power source for cars.

Scientists say that the newly-discovered “28copper15hydride” puts us on a path to better understanding hydrogen, and potentially even how to get it in and out of a fuel system, and is stored in a manner which is stable and safe – overcoming Hindenburg-type risks.

“28copper15hydride” is certainly not a name that would be developed by a marketing guru, but while it would send many running for an encyclopaedia (or let’s face it, Wikipedia), it has some of the world’s most accomplished chemists intrigued.

Its discovery was recently featured on the cover of one of the world’s most prestigious chemistry journals, and details are being presented today by Australia’s Dr Alison Edwards at the 41st International Conference on Coordination Chemistry, Singapore where 1100 chemists have gathered..

The molecule was synthesised by a team led by Prof Chenwei Liu from the National Dong Hwa University in Taiwan, who developed a partial structure model.

The chemical structure determination was completed by the team at the Australian Nuclear Science and Technology Organisation using KOALA, one of the world’s leading crystallography tools.

Most solid material is made of crystalline structures. The crystals are made up of regular arrangements of atoms stacked up like boxes in a tightly packed warehouse. The science of finding this arrangement, and structure of matter at the atomic level, is crystallography. ANSTO is Australia’s home of this science.

ANSTO’s Dr Alison Edwards is a Chemical Crystallographer at ANSTO. She explains the very basic (elementary, if you will!) principles behind the discovery, and the discovery itself:

“Anyone with a textbook understanding of chemistry knows the term ‘hydride’ describes a compound which results when a hydrogen atom with a negative charge is combined with another element in the periodic table,” said Dr Edwards.

“This study revealed that mixing certain copper (Cu) compounds with a hydride of boron (borohydride or (BH4)) - created our newly discovered “Chinese Puzzle molecule” with a new structure that has alternating layers of hydride and copper wrapped in an outer shell of protecting molecules.

“Using our leading KOALA instrument – we identified that this molecule actually contained no less than 15 hydrides in the core - which is almost double the eight we were expecting.

“This new molecule has an unprecedented metal hydride core – it is definitely different and much more stable than many previous hydride compounds, in fact it is stable in air, which many others are not. So, we see there is probably much more yet to learn about the properties, and potential of hydride.” 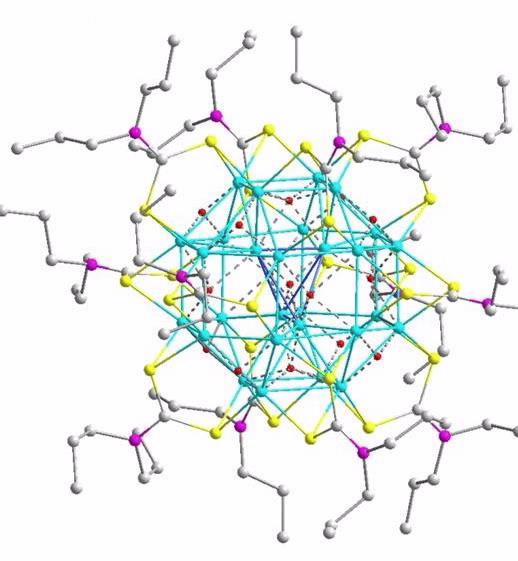 The discovery puts us one step further along a path to developing distribution infrastructure - one of four obstacles to hydrogen fuel-cell technology as a viable power source for low-carbon motor vehicles, as cited by Professor Steven Chu, Nobel Laureate and former Secretary of Energy in the United States.

The four problems in using hydrogen as fuel can be broadly understood as:

ANSTO’s KOALA has been uniquely placed in developing a scientific understanding of hydrogen and the potential of hydrides, because the neutron source allows us to see the precise location of hydrogen in structures which is effectively invisible with X-rays.

“This improved understanding of one aspect of the nature of hydride provides an improved fundamental understanding of an aspect of hydrogen which underpins potential technological developments – you cannot have a well-founded “hydrogen economy” unless you understand hydrogen!,” said Dr Edwards.

“No one is claiming hydrogen-powered cars are imminent. Perhaps this puts us a step further down the road, but we don’t know how long the road is. What this research shows is hydrides may yet help us get hydrogen in and out of a fuel system, stored in a manner which is stable and safe – overcoming the Hindenburg-type risks.

“As I said before, the implications from the research are actually broader and have impacts beyond car power sources.

“The same synthetic chemistry is being applied in the areas of gold and silver nanoparticle formation, which are currently believed to have wide-ranging potential applications in fields such as catalysis, medical diagnostics and therapeutics.”

“Our result suggests there could be much more going on in gold and silver nanoclusters than is currently understood – or at the very least, there is more to be understood about the processes of nanoparticle formation. Through understanding the process, we have the prospect of controlling and even directing it.”