A collaboration of scientists from RMIT, ANSTO and the CSIRO has published pioneering research in Science Advances that brings new insights into intrinsically disordered proteins and protein regions (IDPs)/ (IDRs) and how they behave under various physiological processes.

IDPs carry out a range of important biological tasks and play a key role in several biological functions, including, various metabolisms, cellular signalling, infections, illnesses, tissue repairs, as well as drug delivery. These proteins are distinctive in that, unlike other functional proteins, they do not have a stable three-dimensional structure; rather, the same protein can rearrange it in multiple pathways and may adapt to engage in different interactions with different consequences.

The best example of IDPs/IDRs is the spike protein within the envelope of the COVID virus: their adaptability not only enables them to latch onto a cell for viral entry but also evade immunity.

Lead researcher Prof Naba Dutta of RMIT said the study published in Science Advances provides the previously unknown experimental evidence and a theoretical framework to predict how these proteins, which lack a defined three-dimensional structure, change shape in the complex, crowded environment of the cell.

“They have the ability to transform from one shape to another, very fast, in response to the local environment. This makes it very challenging to analyse them using conventional techniques,” explained Prof Dutta, who has been undertaking research on IDPs in protein-based composite materials for over fifteen years.

Prof Dutta and the team have conducted several high-tech experiments and provided evidence that Rec1-resilin, which is exceptionally elastic and commonly used to form various tough materials for biomedical applications by the group, is in fact an IDP with unique characteristics.

For instance, the resilin protein enables insects, such as fleas, with the ability to jump  more than a hundred times their own height in microseconds. The group has meticulously described the protein’s structure and interface, and its evolution in a complex, crowded environment.

Rec1-resilin responds to multiple stimuli and responds to changes in its environment, such as temperature, pH, and the presence of ions and other substances, which makes it very valuable as a responsive bio-material.

“This quality makes it potentially tuneable to perform specific tasks, like tissue repair or therapeutic delivery, in which the drug will be delivered in environments with very different chemical conditions,” explained Prof Dutta.

“We all know that characterising an isolated protein in pristine conditions will not provide you the information you need because it is not the environment where it normally operates,” said Prof Dutta.

Although multiple techniques were used in the research, it was deuteration at the National Deuteration Facility and Ultra-small and Small Angle Neutron Scattering (USANS and SANS) at the Australian Centre for Neutron Scattering (ACNS) that were crucial in identifying the IDP and its  metamorphosis in the soup of molecules that typically crowd the cellular environment.

The  Rec1-resilin a segment of resilin was  produced by a team of researchers at CSIRO. The deuterated protein was biosynthesised at NDF, ANSTO by RMIT and ANSTO teams before being used for SANS and USANS experiments at ACNS, ANSTO. Experimentally identifying the shapes of the ensembles of IDPs and their metamorphosis under various crowding circumstances reveals the links between their sequences and functions.

It took some time to successfully deuterate the protein, in which hydrogen is replaced by deuterium as it is not a trivial task to accomplish.

“This was only possible by using ANSTO’s National Deuteration Facility (NDF) where we were assisted by Dr Agata Rekas.

“As far as we know, it is the first time this has been done here with this protein,” said Prof Dutta.

USANS was performed on the Kookaburra instrument and SANS data on the Quokka instrument.

By performing a series of contrast-matching experiments on deuterium-labeled proteins that enable us to uniquely “hide” one component and study the other, the group examined the effect of crowding on the shape, size, stability and structure and the metamorphosis of an IDP.

“We first got interested in these proteins when we were working on the development of materials for biomedical applications, such as hydrogels using silk and resilin,” said senior instrument scientist Dr Jitendra Mata, an expert in small angle scattering techniques at ANSTO.

“Silk is very tough and resilin is very elastic, so when you mix the two together you get a material that has exceptional properties and can be used for tissue repair.

“So, in developing these materials, we realised we did not have a good understanding of how these proteins function at a fundamental level, especially in a crowded environment. This knowledge is essential to develop materials for biomedical applications,” he added.

Prof Dutta said Dr Mata’s contribution to the work was significant and it had been a very productive collaboration since 2014. The group has extensively utilised ANSTO’s state-of-the-art techniques to enhance knowledge in the field.

To support the experimental research, theoretical modelling which CSIRO led, was explored to develop a framework that predicts the 3D structure of resilin in the presence of five different crowing agents at various concentrations.

To date, there have been very few studies of the impact of macromolecular crowding on the dynamic shapes of IDP ensembles, their stability and their transformation.

The RMIT team of researchers included comprehensive spectroscopic studies of the interactions, dynamic changes and structural evolution of the resilin in highly crowded conditions as corroborating evidence of the findings.

After working on the formidable challenges of the structure/function relation of IDPs/IDRs for such a long time with no guarantees of success, Prof Dutta and the team now looks forward to seeing how the fundamental knowledge so developed will be taken to the next level.

This work was supported by the Australian Research Council (ARC) Discovery Project funding scheme. Biosynthesis of deuterated  protein and access to the SANS and USANS facility was supported by ANSTO beamtime awards.

The Australian Centre for Neutron Scattering and the National Deuteration Facility are partly supported by the National Collaborative Research Infrastructure Strategy – an initiative of the Australian Government. 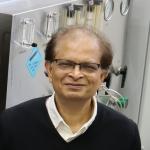 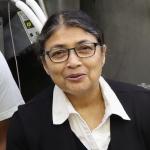 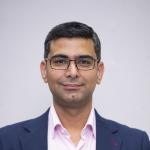 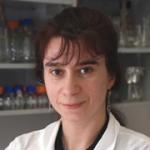 The National Deuteration Facility offers the facilities and expertise to produce molecules where all or part of the molecular hydrogen is replaced with deuterium. This enables complex investigations of the relationship between the structure of molecules and their function using neutron scattering and other techniques.