ANSTO’s world-class radiocarbon dating capabilities at the Centre for Accelerator Science have provided evidence of a 17,300-year-old painting of a kangaroo from the Kimberley region that pre-dates the Gwion Gwion style.

Traditional owner, Ian Waina, contemplating a painting of a kangaroo that we now know must be more than 12,700 years old based on radiocarbon dating of wasp nests overlying it.  Credit: Peter Veth, Balanggarra Aboriginal Corporation

“Damien has spent many years refining the approach, which is proving to be extremely useful in filling in some of the gaps in the Aboriginal rock art timeline,“ said Levchenko.

The work was undertaken with the permission and participation of the Balanggarra Aboriginal Corporation, Rangers and Traditional Owners in the Kimberley.

The rock art of this style found throughout the Kimberley and in some parts of Arnhem Land, is known as the Naturalistic or Irregular Infill Animal period (IIAP).

It commonly depicts naturalistic animals but includes handprints and stencils, stencils of objects, depictions of plants, often yams, and a few anthropomorphs.

Pigment from these older paintings contains no carbon materials that can be dated directly. It is only by dating mud wasp nests or surface mineral accretions, found directly over or under the pigment, that scientists can determine minimum or maximum age constraints for the paintings themselves.

The Pleistocene age is the oldest reported so far for a rock art painting in Australia.

“For these latest results we radiocarbon dated 27 mud wasp nests that were either under or over 16 paintings from the earliest stylistic period of Kimberley rock paintings. For one painting of a 2-metre long kangaroo, we dated three nests overlying it and three more underlying it so we know the painting must be between 17,500 and 17,100 years old.” said Finch. 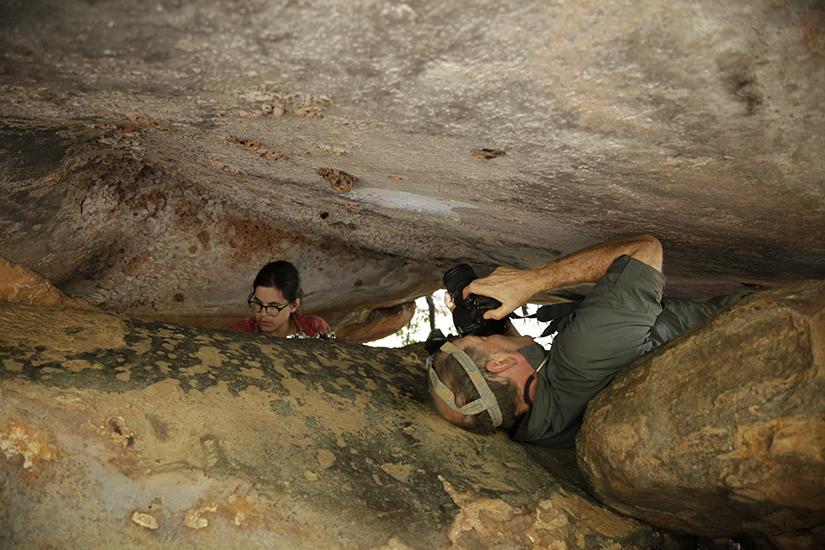 Finch established the validity of the approach in previous publications during his recently concluded studies as a PhD candidate at the University of Melbourne.

“ANSTO makes a vital contribution to the project by providing deep expertise in the chemistry used to treat the nest samples before they are dated and then having a world-class capability to measure tiny amounts of carbon” said Finch.

“The average weight of a wasp nest sample is just 250 mg – so 32 samples would weigh as much as a teaspoon of sand. And our samples are mostly sand, with some minute charcoal fragments. Without ANSTO’s expertise with accelerators such as ANTARES, most of our samples could not be reliably dated.”

More than 75 fossilised mud wasp nests, which contained enough carbon in the form of microscopic charcoal particles to be measured by radiocarbon dating, were measured by Centre scientist, Dr Vladimir Levchenko.

The team previously dated rock art from the more later Gwion Gwion period also in the Kimberley in a paper published in Science Advances.

Credit: Dr Damien Finch and Nicholas Sundblom - The research was highlighted on this website.

Finch et al reported that the combined data from the 27 radiocarbon dates suggests that paintings in this Naturalistic style were produced over a time span from, at least 17,000 to 13,000 years ago.

“Many more dates from this period are required before the full chronological extent of the paintings can be determined. These are the first results to show that Australian Naturalistic paintings date back to the last ice age, so there are certainly older paintings yet to be recorded and dated” said Finch.

Read more on The Conversation and the University of Melbourne website 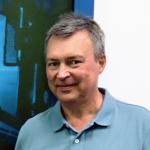