An environmental study supported by a citizen science project at ANSTO and UNSW has brought  greater understanding of the movement of birds between all of Australia’s major water basins and the importance of the Murray-Darling River Basin.

The results of research published in Conservation Letters provided strong evidence of the mass continental-scale movement of many different species of waterbirds between river basins in Australia.

About 200 citizen scientists from wetland areas across Australia sent in moulted feathers between March 2016-June 2018  to lead scientist of the Feather Map of Australia project, Dr Kate Brandis of the UNSW who was also affiliated with ANSTO at the time.

The feathers were analysed using X-ray fluorescence scanning at ANSTO for the signatures of elements that provided an alternative method of tracing the movements of many species of water birds, as well as providing information on diet and animal health.

The abundance of elements within feathers varies with each geographic location as a reflection of its unique geology, hydrology, atmospheric processes and the availability of food.

It is believed to be the first time that elemental signatures measured using this technique had been used to determine movement patterns in birds.

The research was co-supervised by Dr Debashish Mazumder, a co-author on the paper who suggested using ITRAX fluorescence scanning to complement the use of stable isotopes. The feather research opened the door to the possibility of using stable isotopes and ITRAX for wildlife research.

Elements, such as oxygen and hydrogen, sulphur, strontium, carbon and nitrogen, or in combination, become incorporated into the feathers. Brandis was able to match signatures created from the elements to specific water basin locations.

Each feather was linked to one of 12 established river basins

Some feathers were found thousands of kilometres away from where they were predicted to have been grown and shed by the birds.

More than 60 per cent of the feathers matched the elemental signature of the Murray-Darling basin, reinforcing the importance of the Murray Darling Basin to Australian waterbirds.

The results highlighted the importance of preserving and caring for the wetlands from the movement of the birds after they disperse from the Murray Darling Basin.

Ensuring that wetlands are protected and understanding how to properly manage the water resource in those wetlands and where the birds travel is crucial to the conservation of the environments where they nest, feed and roost.

“The information is critical in informing conservation and water policy for Australia and specific basins to improve the conservation and management of the wetlands and wildlife species habitats.

“This might require giving priority to important areas and other action, “ said Brandis. 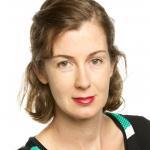 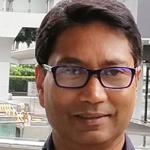 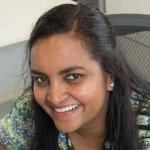