A large collaboration of Australian and New Zealand researchers has established that a thin film technology can be used to monitor stormwater effectively and provides a way to translate the presence of metal contaminants into potential risks to aquatic ecosystems.

This research was undertaken during a rainstorm in Melbourne and does not apply to catastrophic flood conditions.

The approach provides a way to assess differences in metals and their behaviour during an entire storm period. The information can support the effective management of aquatic environments that are influenced by short-term, intermittent discharge events.

“We found a link between dissolved metal concentrations in stormwater runoff and the amount of rainfall with the use of diffusive gradients in thin films (DGT) technology,” said Dr Sarah McDonald who carried out the work as a PhD candidate from the University of Melbourne,  a recipient of a Post Graduate Research Award from the Australian Institute of Nuclear Science and Engineering.

McDonald and associates, including isotopic ecologist Dr Tom Cresswell of ANSTO, reported the findings in a paper in Water Research.

The results of the study indicated that for the stormwater sampled, the dissolved metal concentrations should not pose a risk of adverse effects to most aquatic organisms.

The DGT device measures very low concentrations of metals in water using a thin diffusive boundary layer that ensures minimal impact to the precision of the device.

Investigators deployed sets of DGTs at the Moonee Ponds Creek sub-catchment in Melbourne during February and March 2021. They also examined water quality before the storm, during the storm and afterwards as creek levels rose.

“It was one of the first applications of putting the technology out in a storm and really measuring that short term pulse of metals,” said Dr McDonald.

“The DGTs revealed that the metals were not free and available for biological uptake, but they were bound up in forms less available.

Isotope Ecologist Dr Tom Cresswell from ANSTO noted the wide variety of sources of the metals that gets transported during a storm.

“The metals in an urban environment come from lots of different sources such as vehicle brake wear, tyre rubber, fuel deposits and other industrial sources and are transported by stormwater,” said Dr Cresswell.

“Any assessment of urban waterways requires an understanding of the way contaminants are dispersed in the stormwater runoff and the form they take during the event,” he added.

Positively charged metals, as chemical contaminants, are among the most commonly identified pollutants due to numerous human sources, including metal surfaces from the built environment, industrial runoff and use of motor vehicles.

Metals can come in a variety of forms, including those that can be absorbed biologically.

The bioavailability of metals can be predicted by measuring metal concentrations and their form (or how labile they are). Labile metals can be positively charged and weakly bound inorganic and organometallic complexes.

“When metals enter a stream and aquatic system, it depends on the form of those metals or the speciation of those metals as to whether or not they're likely to be taken up by organisms,” added Dr Cresswell.

A sharp, pronounced rate of water flow was observed during the storm which is typical of an urban drainage system.

“The readings spiked very rapidly. It was a clear indicator overall of what was happening. Just getting those back and seeing them, you now have six key metals above baseline concentrations,” added Dr McDonald.

Dissolved metal concentrations were shown to be affected by the amount of rain and in turn the streamflow.

Computer modelling of the labile metal concentrations indicated high mobility, especially when the initial runoff entered and mixed with the creek.

“However, it was found to be an underestimate due to water profiles being quite variable over a relatively short period of time, so the majority of metals tended to be complexed by other constituents in the water, reducing their potential bioavailability,” said Dr McDonald.

An approach that provides evidence by measuring labile metal concentrations is important for regulation and management purposes.

“This is where the usefulness of passive sampling devices, such as DGTs comes in.”

“I really like the DGTs. You can buy them online, they arrive quickly, you put them in the fridge, and you can deploy them easily,” said Dr McDonald.

The method of data collection could be applied to different locations. 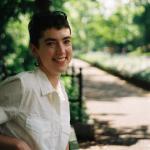 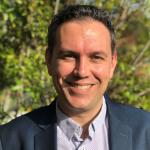 Research to understand how contaminants move through the soil and affect ecosystems and humans as well estimating emissions.