Small Modular Reactors (SMRs) are advanced reactor designs with a power output below 300 MWe, whose components and systems are mostly factory manufactured, and factory assembled. They are designed with inherent safety features while being more portable, scalable, and economically attractive.

SMRs can be deployed for on-grid applications and Off-grid remote sites,  and are able to operate with various intermittent renewable energy-generation systems.

Typically, the Generation III SMRs use pressurised water as the coolant, while the proposed Generation IV SMR designs can use different cooling sources, such as helium, molten salt, or molten metal (sodium, lead).

This allows Generation IV SMRs to operate at higher temperatures without the need for significantly pressurised containment vessels, which greatly improves the inherent safety of these advanced reactor systems. 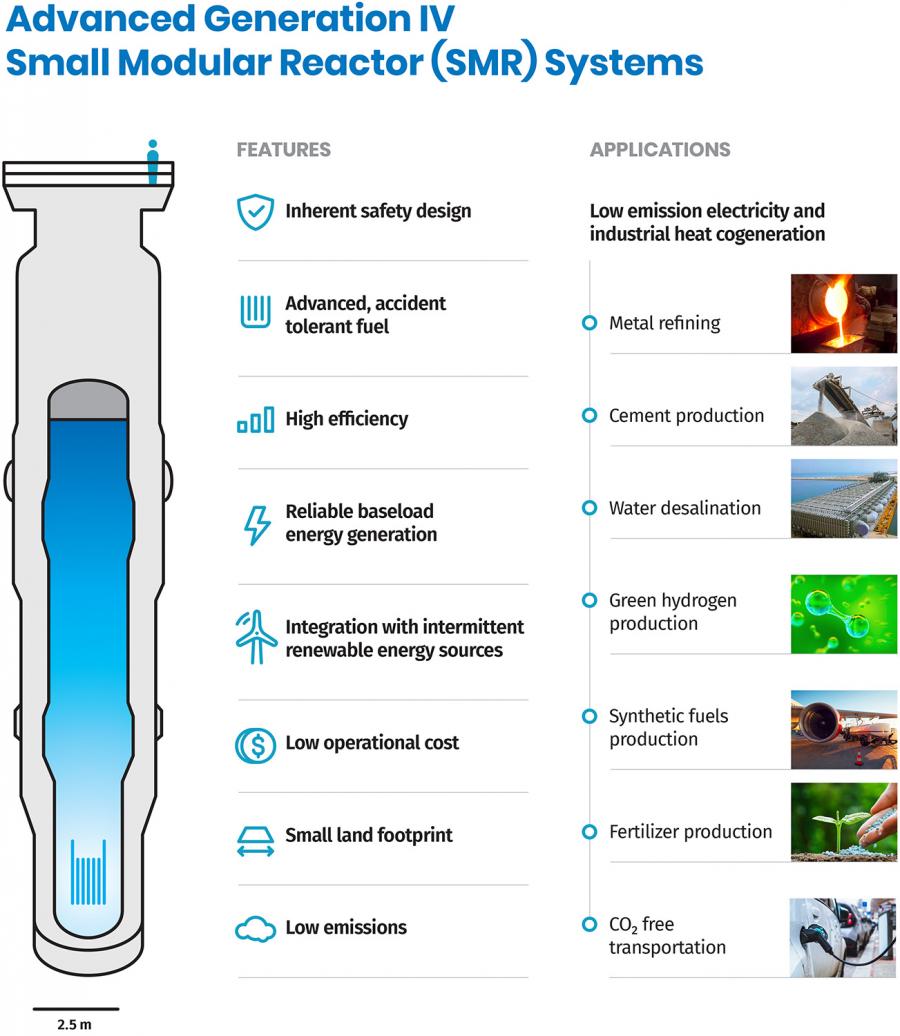 The SMRs based on Generation III+ technology can typically provide process heat at temperatures of about 320°C, while various Generation IV designs aim to provide industrial heat of up to 950°C.

They are also designed to produce green hydrogen through high-temperature electrolysis, which then can then be used directly in the transportation industry, or for the production of synthetic fuels, and ammonia.

A number of companies are currently working on the development of Generation IV SMR systems, which are expected to be deployed within a decade.

X-Energy is developing the Xe-100 reactor, which is based on the high-temperature helium-cooled thermal reactor design using tri-structural isotropic (TRISO) particle nuclear fuel which will allow for the reactor to run without fuel interruption for up to 60 years. The Xe-100 can produce high-temperature industrial heat up to 750 °C and generate a power output of 80 MWe.

Terrestrial Energy is working on the Integrated Molten Salt Reactor (IMSR), which can produce high-temperature industrial heat of up to 680°C, and 195 MWe of power output. The IMSR is designed to operate in load-following mode, which is ideal for hybrid electric girds with various renewable energy sources.

General Atomics is developing the Energy Multiplier Module (EM2) which is a high-temperature helium-cooled reactor design. However, unlike X-Energy’s Xe-100, it operates with fast neutron spectra. The EM2 can recycle its used fuel, while producing high-temperature industrial heat up to 850 °C with a net unit power output of 265 MWe.

Moltex Clean Energy is working on the development of the Wasteburner Stable Salt Reactor (SSR-W 300) which utilises recycled nuclear waste as a fuel. The SSR-W 300 operates with a fast neutron spectrum and can generate industrial heat of up to 630°C and electricity up to 300 MWe.

ARC Clean Energy is developing the sodium-cooled fast reactor (ARC 100) utilising metallic uranium alloy fuel which can produce industrial heat up to 510°C while providing 100 MWe electricity power output. The ARC-100 consumes its own waste and recycles its own fuel, leaving almost no long-term waste, while also recycling waste from traditional reactors.

China National Nuclear Corporation has developed and deployed the HTR-PM, which is a high-temperature helium-cooled reactor with a pebble-bed module utilising TRISO fuel. The HTR-PM is designed to produce high-temperature industrial heat and generate a net unit power output of 210 MWe. 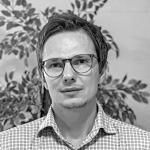 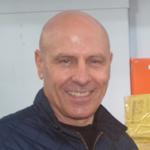 ANSTO researchers investigate the behavior of materials in extreme environments, to analyse and predict how they will behave under adverse conditions.