A collaboration of Australian scientists has used ANSTO’s Australian Synchrotron to measure the amount of carbon that is captured in microscopic seams of deep-sea limestone, which acts as a carbon sink.

In a paper published in the Nature journal, Communications Earth and Environment, a team led by Dr Christoph Schrank and Dr Michael Jones of Queensland University of Technology (QUT) and Australian Synchrotron scientist Dr Cameron Kewish, reported that about 10 per cent of the total carbon in deep sea limestone is found in microscopic seams created by the dissolution of calcium carbonate.

The team, which also included researchers from UNSW and La Trobe University, used two synchrotron techniques to obtain high-resolution images of the chemistry and structure of pelagic limestone from the Paleocene Kaiwhata Formation in New Zealand.

“The maps revealed that these rocks contain densely spaced micro-dissolution seams, only tens of nanometres in size, which are not visible with conventional imaging techniques,” said Dr Cameron Kewish, Instrument Scientist at ANSTO’s Australian Synchrotron.

“The XFM beamline provided a powerful approach to identify these micro-seams and measure their contribution to the carbon budget in the rocks. Maps of the size, resolution, and quality presented in this research can only be acquired at a small number of synchrotrons in the world. 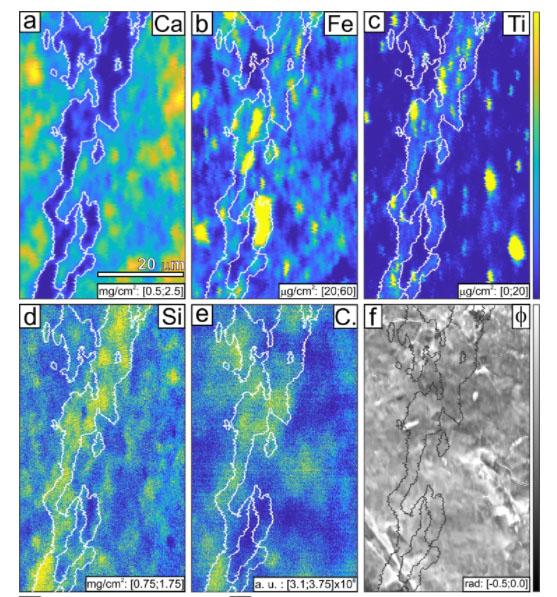 Nano-scale chemical and structural maps of an individual micro-dissolution seam. (a) XFM calcium map of a micro-dissolution seam and its immediate surroundings in deep-sea limestone. Seam boundaries obtained with automated segmentation are marked with white lines. Other XFM elemental maps in the same area are (b) iron, (c) titanium, (d) silicon, and (e) Compton scattering. Fe, Ti, and Si are enriched within the seam, while the Compton scattering intensity demonstrates a density increase within the seam. (f) shows a nano-scale ptychographic map of the complex X-ray wavefield phase exiting the sample, which is closely linked to the electron density. The micro-dissolution seam does not display a marked structural difference in comparison to the micritic matrix.

“And, to our knowledge, this is the first time that XFM and ptychography have been applied simultaneously to natural rocks.

Kewish has spent the past several years working on making the technique available on the XFM beamline.

Schrank said deep-sea limestones had been the Earth's largest carbon sink for the past 180 million years because they trapped most of the planet's carbon.

"However, their contribution to the long-term carbon cycle is poorly quantified," he said.

"Measuring the amount of carbon captured in deep-sea limestones is fundamental to understanding the long-term carbon cycle—how carbon is exchanged between the atmosphere, the oceans, the biosphere, and the rocky bones of the Earth itself over thousands to millions of years.

"Scientists try to unravel the carbon cycle, in order to understand important processes, such as climate change. To do that, we need to estimate how much carbon the limestones can really trap," explained Schrank.

Schrank said the limestones they studied were formed near an extremely tectonically active region off the North Island's east coast.

"For the past 25 million years, and even today, this region is regularly shaken up by earthquakes, which are known to stir up sediments at the ocean floor."

"We suggest that the dissolved carbon could be returned to the ocean when the seafloor is disturbed by earthquakes or underwater landslides."

Read more about the research on the QUT website.

Understanding how gypsum dehydrates under pressure

In research on hydrous minerals published in May in Communications Materials, Dr Christoph Schrank used small-angle and wide-angle X-ray scattering on the SAXS/WAXS beamline to understand how gypsum, a common building-block material, dehydrates under pressure, a process that also can create earthquakes. His team tested if the speed at which gypsum rock dehydrates is influenced by small changes in stress, such as the pressure changes in the operation of plate tectonics. They found that slight pressure caused the rocks to lose their water twice as fast than at normal pressure with implication for the formation of tectonic stresses. Instrument scientist Dr Nigel Kirby was a co-author on the paper. 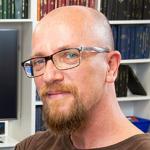 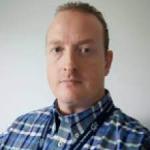 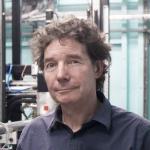 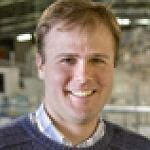