Nuclear power is used as a reliable and clean energy solution in most OECD countries and many other parts of the world.

Although it is banned in Australia, a number of government reviews are looking at current prohibitions on nuclear power.

Future nuclear power reactors are very different from those designed and built in the last century. The new reactors have been engineered with advanced safety features to ensure a sustainable source of clean electricity for the future.

ANSTO, the home of Australia’s nuclear science and technology expertise, provides trusted advice to the Australian Government on matters relating to developments in nuclear technology and contributes to the development of those technologies overseas.

Any technology develops and improves with time.  A good example is the cars that were driven in the 1950s. They are dramatically different to the latest Tesla electric car on the road today.

“With almost any technology, you gain experience through its continuous operation. Nuclear power has become safer as the world gained experience in running reactors and made improvements to their design and operation,” said Professor Lyndon Edwards, National Director of Australian Generation IV reactor research.

“Future nuclear power reactors represent a step-change in nuclear reactor technology. They are designed to be sustainable, cost-effective, and proliferation-resistant with improvements in safety.”

“Because these reactors operate at higher temperatures than conventional reactors, they can also provide clean, carbon-free process heat for industrial applications.”

NuScale modular reactor design, in which small reactors are added as individual components

There is now a huge international effort to develop SMRs, which can use existing or new reactor technology.  Interest started in Western countries but has now spread across the globe.

More than one billion dollars of private investment in SMR companies has been made in North America alone.  The Canadian, US and UK governments have provided competitive funding for SMR companies. China and France, who have invested heavily in large nuclear power stations, have also announced they are developing SMRs.

SMRs are attractive as they lower the capital cost of building a nuclear power plant; that is, the amount of money you need to construct the power station in the first place.

Like renewables, they require significant up-front investments but in comparison to coal and gas, they are less expensive to run.

These are strategic investments that deliver in the longer term.

The smaller SMRs will be cheaper to build because they can be mass-produced in factories.  They will also take less time to construct and can be scaled up one module at a time (as illustrated above). Overall there is less financial risk in investing in this technology.

Large modern reactors are designed to be “passively safe”.  Their safety systems are automatic. No operator intervention is needed to return the reactor to a safe operating state if an incident occurs. However, because of their large size, they must have access to a continuous water supply to cool the reactor after shut down.

SMRs with next-generation technologies are small enough to be fully-cooled by air circulation alone.  Such reactors are described in the industry as “walk-away’ safe.   If something happens, no additional water for cooling is needed. Because of this, they can be deployed in arid or semi-arid environments.

They have a much smaller geographic footprint than current reactors and most renewable energy systems.

One of the most significant benefits is they do not produce carbon dioxide and provide a constant baseload power source.

ANSTO represents Australia on an international forum that uses its capabilities in the global pursuit of research and development of these next-generation reactors.

Prof Edwards, a leading materials researcher and nuclear reactor specialist, who attends international meetings of the forum, said, “There is promising research coming through the forum, which will lead to safe, reliable and commercially available technologies in the future.”

“The challenge is to keep designs cost-competitive by using new materials, fuels and coolants and reduce long lead development times while increasing safety.”

In molten salt reactors, which do not require a pressure vessel, the fuel is dissolved in the salt. 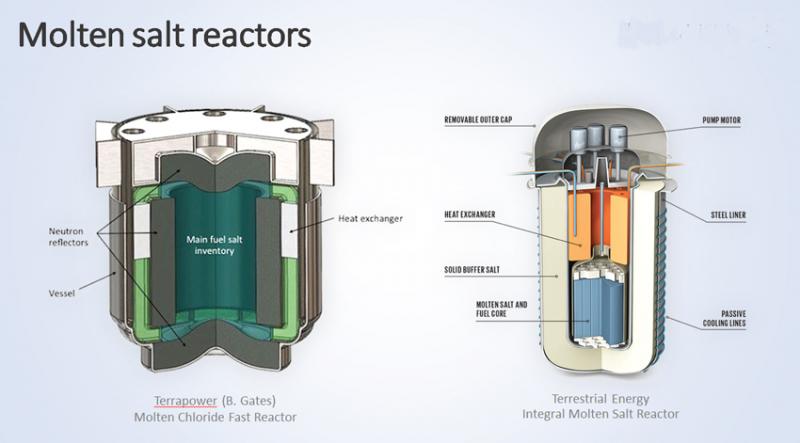 ANSTO has an established track record on molten salt reactor research, which is enhanced by its partnership with the Shanghai Institute of Applied Physics (SINAP).

A research group led by Dr Ondrej Muránsky focuses on the performance of materials in high temperature and molten salt conditions.

This research applies to nuclear and non-nuclear energy-generation systems as well as molten-salt energy-storage systems.

Very High-Temperature gas-cooled reactors are designed to operate between 700 and 900 degrees Celsius safely and to provide clean carbon-free process heat.

These reactors can be built in relatively small sizes with a capacity for generating between 100 and 200 MW. The fuel consists of “pebbles” of uranium and graphite that don’t melt in air.

ANSTO’s collaborators in China at Tsinghua University have built and operated a small prototype VHTR reactor on the university campus.  They are currently commissioning a pebble bed high-temperature demonstration reactor at Shidaowan, a nuclear power plant site in Shandong province.
The Chinese government intends to deploy these reactors at several inland sites, as they don’t require water as a coolant.

In the Australian context, ANSTO operates the country’s only reactor, a multipurpose 20 MW model that produces medical radioisotopes, supplies scientific instruments with neutrons and is used to irradiate materials for industry and research.

“There is no better experience in nuclear technology than actually running an operational reactor, which is something that ANSTO has done for more than 60 years,” said Dr Mark Ho, a heat transfer specialist for ANSTO’s Open Pool Light water (OPAL) reactor.

“This has built Australia’s expertise in the analysis of the supply of neutrons, calculations of core criticality, estimations of fuel utilisation and burn-up, as well as knowledge of heat transfer and fluid dynamics,” he said.

“After many years of incremental innovation, the world is now developing truly novel advanced reactors. They will be transformational in their safety, sustainability, affordability and applicability.

Meeting the challenges of the future is about technological readiness now,“ said Ho. 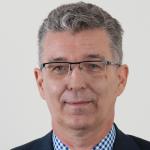