The nuclear fuel cycle encompasses all activities associated with the use of uranium for operating research reactors and nuclear power generation.

It starts with the mining of uranium and ends with the disposal of nuclear waste. There is also the optionality of reprocessing used fuel to separate out the waste from the unused uranium which can be refabricated into MOX fuel for reuse.

To prepare uranium for use in a nuclear reactor, it undergoes the steps of mining and milling, conversion, enrichment and fuel fabrication. These steps make up the 'front end' of the nuclear fuel cycle.

After uranium has completed its lifecycle in a reactor the used fuel may undergo a further series of steps including temporary storage, reprocessing, and recycling before wastes are disposed of temporarily or permanently. Together these steps are known as the 'back end' of the fuel cycle.

ANSTO signed a cooperation agreement with ITER to enable Australia to engage with and benefit from participation in the world’s largest engineering project to create fusion energy. 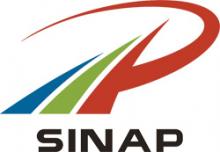