Neutron reflectometry can be used to:

We have now demonstrated that Platypus can deal with films out to 325 nm with sufficient resolution to get a very accurate determination of the total thickness. 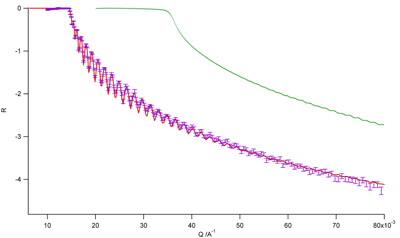 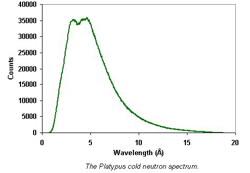 In July 2008, Platypus took its first data from the OPAL reactor. Early weeks were focused on developing instrument control and data-acquisition systems and collecting the first time-of-flight neutron spectra for the cold guide 3 (Platypus’ location) shown in the figure.

At the heart of Platypus is the Astrium disc-chopper system which allows the wavelength resolution of neutron pulses to be tailored to suit the system under study. By decreasing the Dl/l resolution from 1.3% to either 4.5% or 10%, the neutron flux increases 3 times and 7 times, respectively. The figure shows the Platypus neutron spectrum for different disc-pair combinations. 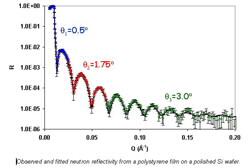 We have measured the reflectivity of several thin solid-films (polymers, metallic multilayers and gold). Below you see very early reflectivity data from a 340 Å spin-coated polystyrene film on Si. 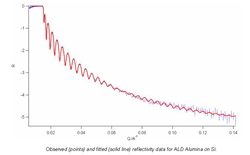 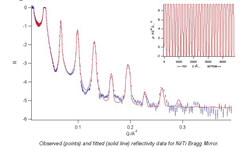 First measurements on a free-liquid surface of D2O were also successful, but there are plenty of tuning and commissioning tasks ahead of us.