Rutherford Backscattering (RBS) primarily provides a profile of concentration versus depth for heavy elements in a light material, e.g. titanium in alumina.

Typically, a beam of 2-3 MeV He+ ions is directed perpendicularly on the sample's surface. As energetic ion penetrates the material, it loses energy mainly in collisions with electrons and only occasionally with nuclei.

By measuring the energy spectrum of the recoiled ions, information on the composition of the elements, and their depth within the sample can be obtained. 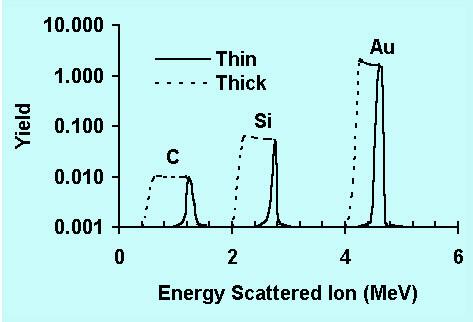 Figure 1: Energy spectrum of ions scattered from surface atoms (full curve) and from atoms in a thin layer (dashed curve).

In RBS, only backscattered ions are detected, and backscattering can only occur if the target atom's mass is heavier than that of the incident ion. Conventional RBS is done with 4He ions.

There are however several advantages using heavier ions such as 12C, 16O, 28Si or 35Cl, where, for example, a better mass resolution is required for heavy elements or to eliminate large amounts of backscatter from oxygen when studying ceramic oxides. With its tandem accelerator, ANSTO has both conventional and heavy-ion backscattering capabilities.

RBS has been used to study the degradation of surfaces due to weathering of the protective coating (polymer-based bronze paint) on steel surfaces. Figure 2a) below shows an RBS spectrum of a coated steel sample, measured with 2 MeV 4He.

The experimental spectrum is shown with a dotted line, while the solid line shows the fit used to derive the elemental profiles.

The spectrum exhibits a typical staircase structure with each step associated with an element in the sample. The flat part between different steps indicates a constant concentration for each element throughout the surface. 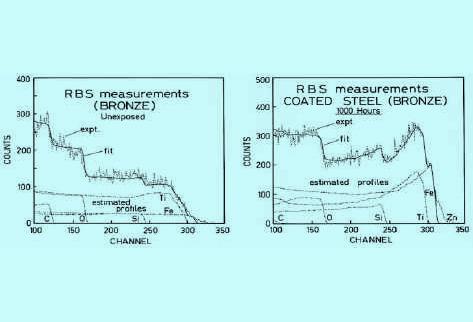 Figure 2 also shows the calculated profiles for each element in the coating. In each individual profile, the step where the concentration changes from zero to a constant value indicates the sample surface.

The experimental curve is the sum of the individual profiles.

This indicates that the light has broken down the structure of the polymer film, which subsequently allowed the different components of the polymer to diffuse.

Also, large amounts of Ti and Fe from colour pigments have migrated to the surface. Measurements like these help to understand the processes involved in the degradation of polymer films and thus help to make more weather resistant polymer coatings.

In addition to typical RBS applications, such as thin-film analysis, RBS is often used in conjunction with PIXE and PIGE to determine concentrations of low Z elements such as C, O, N