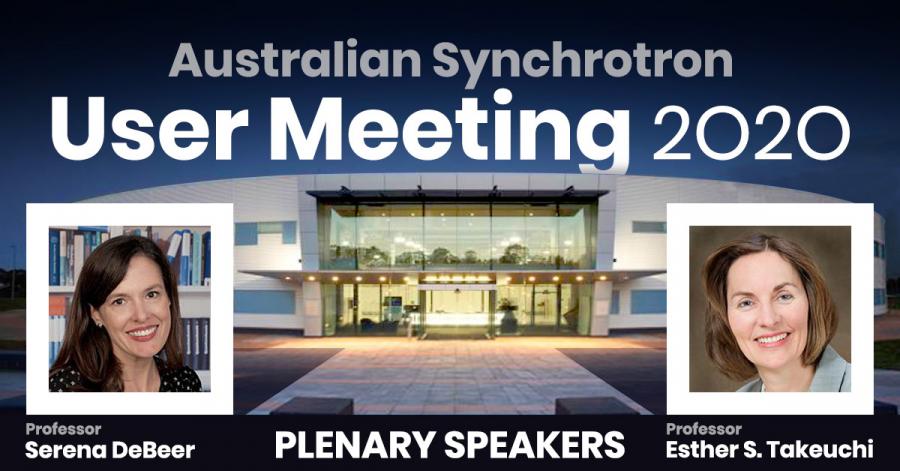 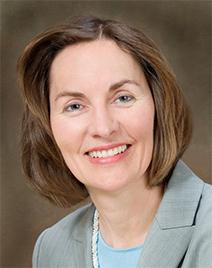 Prof. Esther S. Takeuchi is a SUNY Distinguished Professor and the William and Jane Knapp Chair in Energy and the Environment at Stony Brook University.

She holds a joint appointment at Brookhaven National Laboratory as Chair of the Interdisciplinary Science Department.

Prior to her academic appointments, she was employed in industrial lithium battery research.

She is a member of National Academy of Engineering, the National Inventors Hall of Fame, is a Charter Member of the National Academy of Innovation and received the European Inventor Award for non-EPO countries and the US National Medal of Technology and Innovation.  She is a Fellow of the ECS, the American Institute of Medical and Biological Engineering, and the American Association for the Advancement of Science. 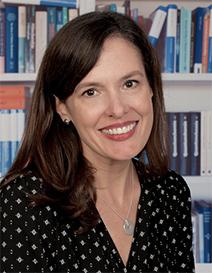 Prof. Serena DeBeer is a Professor and Director at the Max Planck Institute for Chemical Energy Conversion in Mülheim an der Ruhr, Germany, an Adjunct Professor in the Department of Chemistry and Chemical Biology at Cornell University, and an honorary faculty member at Ruhr University in Bochum.

From 2002-2009, she was a staff scientist at the Stanford Synchrotron Radiation Laboratory.

Research in the DeBeer group is focused on the development and application of advanced X-ray spectroscopic tools for understanding key mechanisms in biological, homogeneous and heterogeneous catalysis.

Bio: Dr Brendan Choat is an Associate Professor the Hawkesbury Institute for the Environment, Western Sydney University. He studies plant water stress with a focus on the physiological mechanisms underlying tree mortality. In his recent research, he has developed novel techniques to measure plant hydraulic function using non-invasive imaging techniques. Brendan obtained his PhD in the field of plant ecophysiology from James Cook University in 2003. From 2003-2005 he worked as a Post Doctoral Fellow at Harvard University in the Department of Organismic and Evolutionary Biology. He held a second Post Doctoral Fellowship in the Department of Viticulture and Enology at the University of California, Davis from 2005-2008. He then returned to Australia to work as a Research Fellow at the Australian National University from 2008-2011. He was awarded an Alexander von Humboldt Fellowship in 2011 and an ARC Future Fellowship in 2013.

Bio: A/Prof Patrick Spicer is an Associate Professor in UNSW’s School of Chemical Engineering where he leads the Complex Fluids group, working to design smart fluids with unique response and flow. Before UNSW, Pat ran a central engineering research department for the Procter & Gamble Company in the US for 15 years, developing new product and process technology for all of P&G’s billion-dollar brands.

Bio: Dr Leonie van ‘t Hag obtained her MSc degree in Physical Chemistry from Wageningen University & Research (NL) and PhD from the Department of Chemical Engineering at The University of Melbourne. She received the 2017 ANSTO, Australian Synchrotron Stephen Wilkins Medal for her PhD thesis. Leonie was a Postdoctoral Research Fellow at ETH Zurich (Switzerland) for three years before starting as a Lecturer at Monash University in October 2019. The Hybrid Assembly Group focuses on the sustainable production and processing of soft materials. We do this by investigating the structure – property relationships for food, biological and biomedical applications using advanced scattering and microscopy techniques.

Bio: A/Prof Patrick Kluth obtained his PhD in physics from the RWTH University Aachen, Germany, in July 2002. Since 2003 he has worked at the ANU during which time he received Fellowships from the Humboldt Foundation in Germany (Feodor-Lynen) and the Australian Research Council ARC (APD, ARF and Future Fellowship). His research focuses on ion beam modification of materials, in particular ion track technology where he extensively uses synchrotron based analytical techniques including small angle x-ray scattering and x-ray absorption spectroscopy. From 2018-2020 he was Head of the Department of Electronic Materials Engineering and is now the Associate Director HDR in the Research School of Physics. Patrick has co-authored more than 130 publications and has been active in many committees including the Australian Synchrotron (AS) SAXS/WAXS Program Advisory Committee, the AS User Advisory Committee and the ARC College of Experts.

Bio: Dr Rosalie Hocking is a chemist whose research is aimed at the development of electrochemical devices to make commodity chemicals (like hydrogen and ammonia) from solar-derived electricity. Her work makes extensive use of the Australian Synchrotron where she uses X-rays to find out how new materials work, and why sometimes they don’t! She is also researching the development cheap sensor devices that would provide instantaneous chemical information, important in applications like Asbestos identification on building sites. Rosalie completed her PhD in physical and inorganic chemistry from the University Sydney in 2004. She has since held positions Stanford University/Stanford Synchrotron Radiation Laboratory, CSIRO Land and Water, Monash University and James Cook University before commencing her current position at Swinburne University of Technology. She has served as Chair of the User Advisory committee of the Australian Synchrotron and on the Program Advisory Committees for two beamlines.

Bio: Dr Ryo Sekine is a Lecturer in Chemistry at USC’s new Moreton Bay campus with an interest in spectroscopy and environmental science. After completing his PhD in physical chemistry (Monash, 2012), he held postdoctoral positions at UniSA, NERC-CEH (Marie Skƚodowska-Curie Fellow) and Griffith University before commencing his role at USC in January 2020.  Ryo has broad expertise in spectroscopy from vibrational analysis to X-ray methods, having successfully applied a range of synchrotron-based techniques to investigate environmental challenges, including the risk assessment of nanomaterials in the environment, soil/sediment geochemistry, and more recently, climate change mitigation strategies.

Bio: Dr David Thal received his undergraduate degree in Biochemistry at the University of Texas at Austin (2005). During his senior year he worked in the lab of Kenneth Johnson studying the kinetics of a mitochondrial DNA polymerase. He then moved to Michigan to do his PhD in Chemical Biology at the University of Michigan. There, he worked in the lab of John Tesmer and used biochemistry, pharmacology, and structural biology techniques to understand the regulation of GPCR signalling pathways. He moved to Australia in 2011 to begin post-doctoral research under Profs. Arthur Christopoulos and Patrick Sexton to broaden his expertise in GPCR pharmacology and allostery. In 2013, he spent 1 year in the lab of Brian Kobilka (Nobel Laureate) at Stanford University. David is the recipient of an ARC DECRA Fellowship (2016), and a NHMRC Early Career Investigator grant (2020). His research is primarily aimed at determining the molecular structure and function of proteins, with a particular emphasis on understanding novel paradigms of drug action and drug design.

Bio: Dr Jennifer MacLeod is an Associate Professor and the Head of School of Chemistry and Physics at Queensland University of Technology (QUT).  She is a career surface scientist, with MSc and PhD degrees in Physics from Queen’s University (Canada), where she developed keen interest in instrumentation and technique development.  Her current research focus is mainly on using electron and photon spectroscopies in tandem with scanning tunneling microscopy to study 2D molecular systems at surfaces.  Her interests include molecular self-assembly, using on-surface reactions to produce new materials, and investigating the relevance of these 2D mechanisms to up-scaled applications, including nanoporous membranes and electrode materials for energy storage.

Bio: Dr Amy Marschilok is an Associate Professor in the Department of Chemistry at Stony Brook University, with a joint appointment as Energy Storage Division Manager at Brookhaven National Laboratory.  She serves as Deputy Director for the Center for Mesoscale Transport Properties, an Energy Frontier Research Center funded by the U.S. Department of Energy.  She was previously employed as a Senior Scientist at Greatbatch Inc., where she was recognized as a Visionary of the Year. Her current research centers on materials and electrode concepts for high power, high energy density, extended life batteries. She has mentored over 50 student researchers and co-authored over 185 publications.

Bio: Dr Jack Clegg is an Associate Professor of Inorganic Chemistry at UQ. Jack studied Chemistry, History and German graduating with a Bachelor of Liberal Studies (Honours) and a University Medal from the University of Sydney. He went on to complete a PhD in Chemistry (2008) and a Bachelor of Laws (2009). After completing his studies Jack won a prestigious Marie Curie Fellowship to conduct research at the University of Cambridge. Jack joined UQ in 2012 and was an ARC Future Fellow 2014-2018. In 2018 Jack was awarded the Malcolm McIntosh Prize for Physical Scientist of the Year.

Bio: Dr Annette Dowd is on a mission to help materials scientists, chemists and biologists gain new understanding about their systems using synchrotron techniques. She was trained as a physicist and is now a Senior Lecturer in the School of Mathematical and Physical Sciences and the Program Director for Biomedical Physics at the University of Technology Sydney. She first visited the Australian Synchrotron in 2007 to study martensitic transformations on the powder diffraction beamline and has since broadened her research interests bringing the rigour of physics to the study of biomaterials and a further three beamlines. She is particularly interested in the structure of biominerals, lipids and proteins. She is member of the Infrared Program Advisory Committee.

Bio: Dr Ivan Kempson was an Australian Synchrotron Research Program Fellow from 2004-2007 applying the use of synchrotron analytical techniques to trace-level material characterisation. He then worked in biomedical imaging at the NSRRC, Taiwan, for 4 years before moving to the University of South Australia where he is a research leader in biophysics and nanomedicine, improving mechanistic insights into bio-inorganic interactions, nanoparticle fate in biology and related therapeutic opportunities.

Bio: Dr Casey Doolette is an environmental chemist with a special interest in agricultural research and is passionate about sustainably managing our agricultural soils. Casey completed her PhD in Soil Science and Environmental Chemistry in 2015, where she used a range of techniques, including synchrotron-based analyses, to investigate the environmental behaviour of manufactured silver nanoparticles in wastewater, soil and plants. Following her PhD, Casey worked for the Australian Government Department of the Environment assessing the potential environmental risks of industrial chemicals. Casey has been working for the University of South Australia for the past 3.5 years developing new and innovative ways to produce adequate and nutritious food, with a focus on managing our environmental resources and productive agricultural soils sustainably. Her current industry funded project is the design and execution of synchrotron experiments to improve soil fertility and plant nutrition.