September has been a quiet month on site. Melbourne is in lockdown due to a COVID outbreak, construction sites are temporarily shut down, and permits are required to carry out essential work on site.

The MEX team has been using this time to test equipment, order parts, get through paperwork, and prepare for the coming months post-lockdown when we'll be starting commissioning without beam.

The MEX-1 and MEX-2 beamline utilises one bend magnet as the source and will operate independently and has been designed to be experimentally flexible, extending and complementing the suite of the X-ray spectroscopy techniques already available at the Australian Synchrotron.

At MEX, the instrumental capabilities are focused on:

This beamline will offer monochromatic X-rays (from a Si<111> double crystal monochromator) at one of three endstations, with variable beam sizes at a fixed height from the floor. The different MEX-1 endstations will not be able to operate simultaneously.

This branch line will offer low energy monochromatic X-rays – from either InSb<111> or Si<111> – double crystal monochromators at a fixed position and with a maximum beam size of 2 x 5 mm2. Slits can be used to reduce the beam profile on the sample. Sample environment: variable temperature (~10 – 500 K), helium gas atmosphere and/or vacuum.

The MEX beamlines have been designed to offer a range of capabilities for undertaking XAS measurements across a wide range of scientific applications, with a particular emphasis on in situ and in operando experiments. Collecting high-quality data while minimising the dose delivered to the sample is expected to be another strength. MEX will also bring the new and powerful tool for chemical research, HERFD-XAS, to the Australian Synchrotron, opening new avenues for material characterisation. 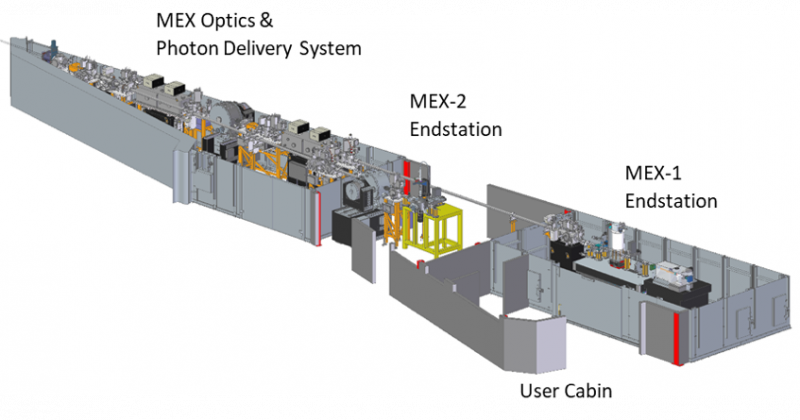 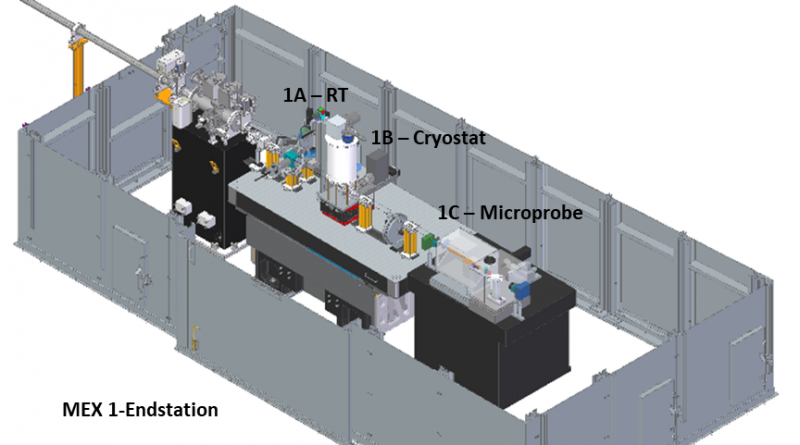 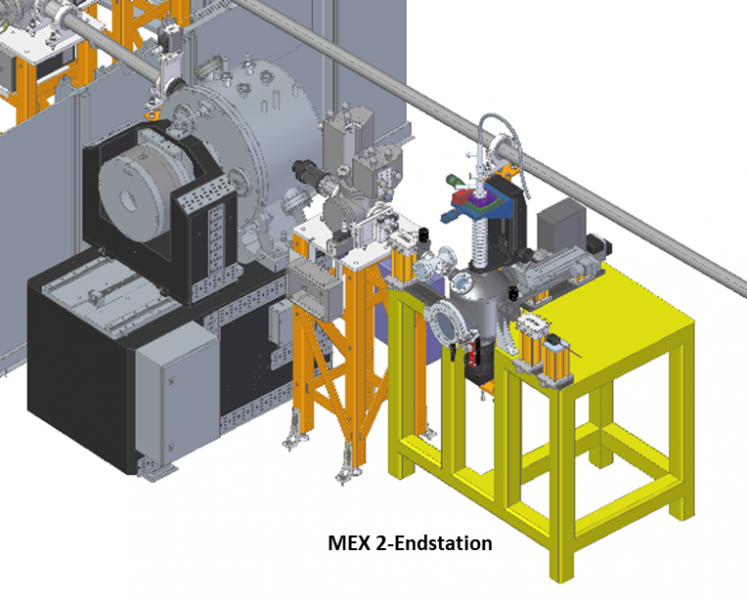