ANSTO has contributed to a large research collaboration led by Prof Bing Li at the Chinese Academy of Sciences investigating a new class of materials with the potential to be used as an advanced, high-performing, environmentally friendly and economical form of refrigeration.

The research which was published in the prestigious journal Nature described a colossal barocaloric effect in which significant cooling occurs under low pressure in a new class of ‘plastic crystals’.

“In these materials, the atoms remain in a solid state when they start moving around, which produces massive changes in entropy to drive cooling,” said Dr Richard Mole, co-author and instrument scientist.

The research revealed that a relatively tiny amount of hydrostatic pressure at room temperature induced a huge contraction of the crystal lattice, the structured arrangement of atoms. 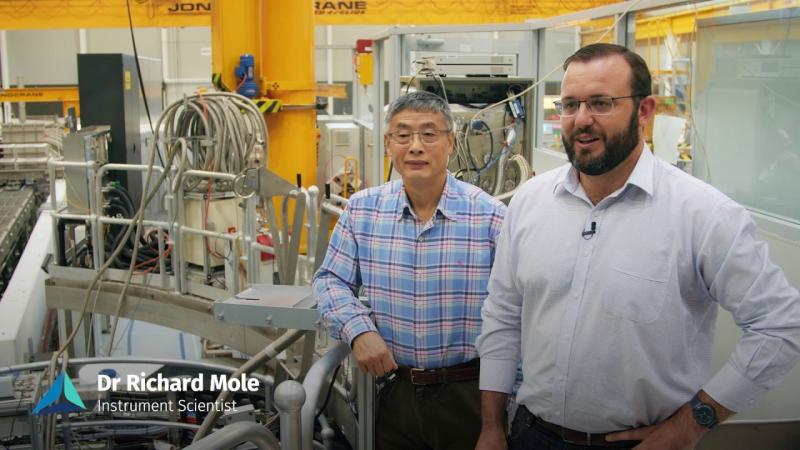 The entropy changes found in this class of plastic crystals was ten times larger than those observed in other leading barocaloric materials.

The study highlighted the tremendous potential of the new materials to be used as an alternative to current vapour compression refrigeration.

“In an ideal case, in one cycle at room temperature, you could achieve a 50° K difference in temperature,” said co-author and instrument scientist Dr Dehong Yu.

Neutron scattering techniques on the Pelican time of flight spectrometer and Sika cold triple axis spectrometer were among the methods used by collaborating scientists from China, Japan, the US, and Taiwan, who wanted to elucidate the atomic mechanisms at work. 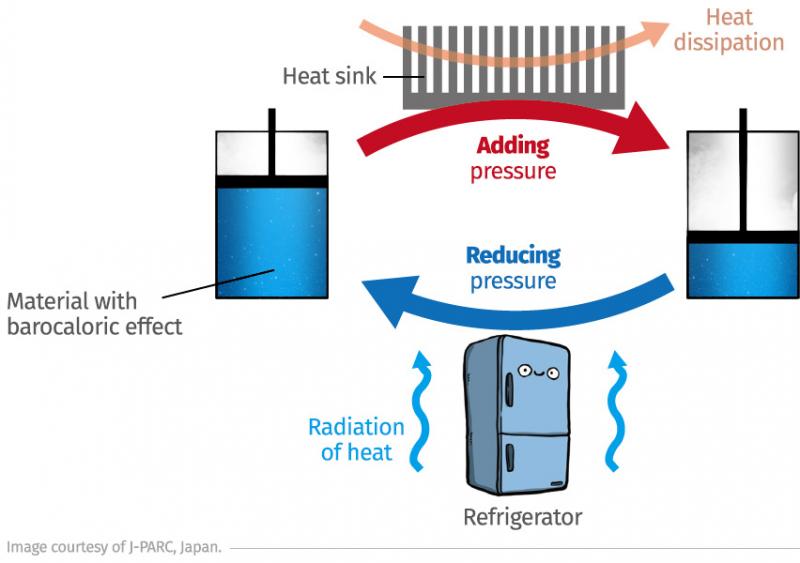 “The barocaloric effect is a mechanical response, similar to giant electrical and magnetic responses in other materials. In the group we studied, a combination of high compressibility, extensive molecular orientational disorder and highly anharmonic lattice dynamics all contributed to the colossal barocaloric effect,” explained Yu.

“By measuring the vibrational property as a function of temperature using Pelican, we observed directly the strong anharmonic lattice dynamics, which is the fundamental mechanism for the large entropy change—thus leading to colossal cooling effects in this class of materials.”

“This is an excellent example of how an understanding lattice dynamics at a fundamental level can lead to an application in the real world, such as a better form of refrigeration,” said Mole.

Yu and Mole are experts in analysing dynamic processes of atoms in materials, such as subtle magnetic interactions or vibrations induced by structural rearrangements, particularly in light atoms.

“We were providing information on the highly anharmonic lattice dynamics,” said Yu.

“When an atom is anharmonic, the potential energy for bonding does not move symmetrically or harmonically across energy levels.  Pelican can detect the changes in vibrational energy or phonons that disperse through the crystal when this occurs,“ said Mole.

Pressure experiments, which were undertaken at other collaborating facilities, indicated that more than 50 per cent of the maximum entropy changes were achieved at a pressure as low as 15.2 MPa.

Data collected on the Sika instrument contributed to preliminary investigations. A neutron scattering spectrum on one sample of the plastic crystals, neopentyl glycol, was collected by instrument scientist Dr Shin-ichiro Yano, a co-author.

Read the online news feature by the ABC

Read about the research contribution from Japan. 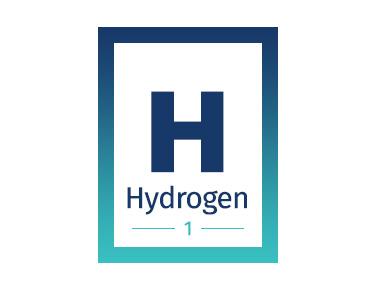 The first element on the Periodic Table is the most abundant and lightest. AT ANSTO we can use our neutron scattering instruments to determine the position and motion of hydrogen atoms, which is not possible with most other techniques.