An international research collaboration between the University of New South Wales (UNSW), the Shanghai Institute of Applied Physics (SINAP) and ANSTO has provided insights into the performance of an advanced material for use in the high-temperature environment of molten salt systems.

Molten salt systems are being explored as next-generation low-emission energy generation systems as well as for energy storage systems because of the superior physical properties and the safety advantages of molten salts.

A study published in Corrosion Science, led by Alexander Danon (a UNSW student) and Dr Ondrej Muránsky identified the microstructural characteristics of a nickel–molybdenum-chromium alloy (GH3535) that accounted for its corrosion resistance in a metal used both as a structural material and for weld joints.

Muránsky is the Research Program Manager for the Reactor Systems group, which is focused on the development, performance and degradation of materials in extreme environments (high-temperature, radiation, and molten salt corrosion) of near-future energy-generation and energy-storage systems, in Nuclear Fuel Cycle research at ANSTO.

“Understanding the corrosion performance of structural materials and their weld joints is of technological importance in the design of molten salt-based energy generation and energy storage systems," said Muránsky.

In general, the degradation of salt-facing materials in molten salt environments is known to be brought about by the thermodynamically-driven leaching of alloying elements, which is enhanced by the salt impurities and galvanic interactions between dissimilar metals.

The investigators, however, reported that microstructural characteristics of an alloy, such as grain size, can further promote leaching of alloying elements and thus accelerate its molten salt corrosion—leading to an increased material mass loss over time of exposure.

The research examined the corrosion behaviour of the alloy GH3535 and its welds in fluoride molten salt (FLiNaK), which has a low melting point, high heat capacity, and chemical stability at high temperatures.

In an experiment conducted by Dr Inna Karatchevtseva at ANSTO, samples of the parent and weld metal alloy were immersed in FLiNaK salt for 500 hours at 750 °C, simulating the upper-temperature limit for molten salt systems.

The investigators then used Electron Back-Scatter Diffraction (EBSD) and Energy Dispersive X-ray Spectroscopy (EDS) techniques to characterise the chemical composition and investigate the microstructure of the parent and weld metals after exposure to FLiNaK salt.

EBSD and EDS revealed significant differences in the microstructure of the alloy matrix in both the parent metal and the weld metal following immersion in FLiNaK.

The weld metal microstructure was characterised by large elongated grains growing in the direction of the heat flow direction during the welding process, while the parent metal featured much smaller equiaxed grains.

“Hence, the parent metal had a significantly higher density of High Angle Grain Boundaries (HAGBs), which are known to promote the diffusion of the present alloying elements towards the salt-alloy interface and thus promote dealloying of the near-surface corrosion-affected layer of the alloy,” said Muransky.

In contrast, the investigators found a greater density of Low Angle Grain Boundaries (LAGBs) and crystal lattice defects (dislocations) in the weld metal; these are also known to promote the diffusion of the alloying elements but not to the extent of HAGBs.

Furthermore, it was found that HAGBs, which contained large Mo-rich M6C carbides, were impacted by corrosion to a greater extent than those without them.

This was thought to be at least partly caused by galvanic corrosion between the Mo-rich M6C carbides and the surrounding alloy matrix in FLiNaK electrolyte.

The corrosion caused localised pitting and the loosening and possible release of the carbides from the alloy surface, which could also contribute to the material mass loss. 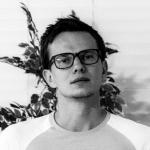