Prof Ben Boyd and the Monash Milk team have been shortlisted for a 2020 Eureka Prize for their development of innovative new methods at the Australian Synchrotron to study the interaction of milk and milk-like systems with drugs.

The insights from work undertaken at the small angle X-ray scattering beamline at the Australian Synchrotron since 2007 and some laboratory-based research have paved the way for the development of formulations to deliver new, safe and effective drugs to children, including the first single dose cure for malaria.

The Bill and Melinda Gates Foundation has been supporting the research in association with their anti-malaria work.

The collaboration came about after the Foundation had identified that a combination of two drugs when administered together at the right dose in full cream milk provided a single-cure for malaria in infants.

However, the availability and impracticality of using full cream milk in geographic settings with challenges around refrigeration and access, made it unviable.

“Because my group knew about milk and how drugs interact with milk during digestion, we were in a position to take up the challenge.”

The synchrotron innovations, a capability to study the behaviour of milk during digestion and a new method to understand the dispersion of drug particles in water, provided the means to solve the formulation problem.

The project team set out to determine the underlying mechanism that caused milk to be effective with the drugs, explore alternative options to milk, such as an infant formula for a better pharmaceutical product and develop lab-based approaches to screen formulations for their suitability.

Their investigations led to three major discoveries. Firstly, the products of digestion are critical in enabling a drug to dissolve and therefore be absorbed and provide an effect.

Secondly, infant formulas all behave differently during digestion because they all have different fat components.

Thirdly, it was possible to predict an optimal formula at a ratio of powder to drug to perform better than full cream milk.  This has been validated in a Phase 2 clinical trial.

Boyd is very proud that his team’s work kept the Gates project in the development pipeline.

Although many researchers have been involved, in addition to project lead Prof Boyd, the following investigators were included on the nomination: Dr Malinda Salim, Dr Andrew Clulow, Ms Gisela Ramirez and SAXS instrument scientist, Dr Adrian Hawley (pictured above).

In a long-standing collaboration between Monash and the Australian Synchrotron, the team pioneered the use of innovative techniques on the SAXS beamline for pharmaceutical applications.

“The SAXS beamline has been critical by allowing the real-time, in-situ observation of the structures formed by fat molecules during the digestion of the lipids and fats in milk,” said Hawley.

“Using a simulated gut to digest the lipids and fats, and penetrating X-rays to ‘see’ inside the droplets during digestion, we could determine structural changes within the droplets,” said Hawley.

The Boyd group was the first in the world to do this.

The development of these nanoscale structures and changes to them can have an impact upon the bioavailability of dissolved drugs.

“These structures produce strong signals, specific to their size and shape, that our instrument can detect with great clarity,” said Hawley.

Another innovation developed during the research was the characteristic X-ray patterns from the SAXS beamline to produce a ‘fingerprint’ of drug particles to identify them and that the intensity of the X-ray pattern could reveal the amount of the drug present. 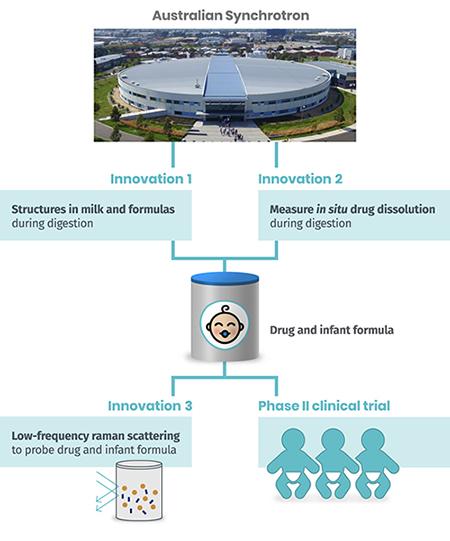 Prof Boyd’s group was the first to develop the concept in collaboration with researchers at the University of Copenhagen.

But it was the convergence of the two techniques that enabled the team to understand how solid drug particles interact with lipids and fats during the digestion process.

It resulted in the first direct measurement of whether a drug dissolves during the digestion of milk.

The approach has broader potential applications beyond the anti-malaria treatment for infants.

Approximately 60 per cent of new drug candidates are classified as poorly water soluble.

“Using an infant formula could be a way to improve the solubility of these drugs in low and developed economies,” said Boyd.

The development of a complimentary laboratory-based technique for use in settings where Synchrotron access is not an option, provides an alternative to measure the amount of drug dissolving in digesting milk and infant formula.

Boyd and Hawley were both delighted with the announcement of the nomination for the most innovative use of technology.

“We hope the extra exposure will lead to more interest by other groups to undertake similar work using these powerful techniques,” said Boyd.

“There are still many challenges in improving drug delivery and in providing better formulas for children.” 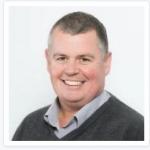 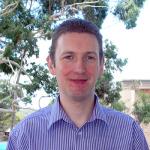 Two instruments are used to study any materials with structure of the length scale 1-100nm.