Collaborative research at ANSTO led by Mr Shinji Kihara and A/Prof. Duncan McGillivray of The MacDiarmid Institute, New Zealand with ANSTO's Dr Jitendra Mata and Dr Andrew Whitten, scientists from the University of Auckland and A/Prof Ingo Köper from Flinders University, SA , is contributing to a better understanding of how nanoplastics interact with blood plasma proteins and other biological molecules within the body.

The motivation for this study, which was recently published in Bioconjugate Chemistry, arose from concerns regarding the increasing quantities of plastic waste in the environment.

In nature, these plastics undergo physical and chemical breakdown processes to form minute particles on the micro- and nanometer scale.

Studies on the toxicology of engineered nanoparticles have suggested that these particles gain easy access and mobility within the body, often side-stepping important biological barriers and defence mechanisms against foreign bodies. Unlike the engineered nanoparticles used in biomedical applications, however, the potential effects and interactions of these nanoplastics are not well-understood.

HSA was selected due to its natural abundance, while positively and negatively charged nanoparticles, of two different sizes, were used to assess how particle size influenced the formation of the corona in solution under different pH conditions. The investigators used small angle neutron scattering (SANS) with contrast matching on the Bilby instrument (with Dr Andrew Whitten) to determine the diameter of the nanoparticle and characterise its distinct structural features.

“Our facilities are quite unique in that we can explore the interaction between protein and nanoparticle at length scales from one nanometre to 10 microns, which is very difficult to do with other techniques.” said Dr Jitendra Mata, instrument scientist and co-author on the paper. 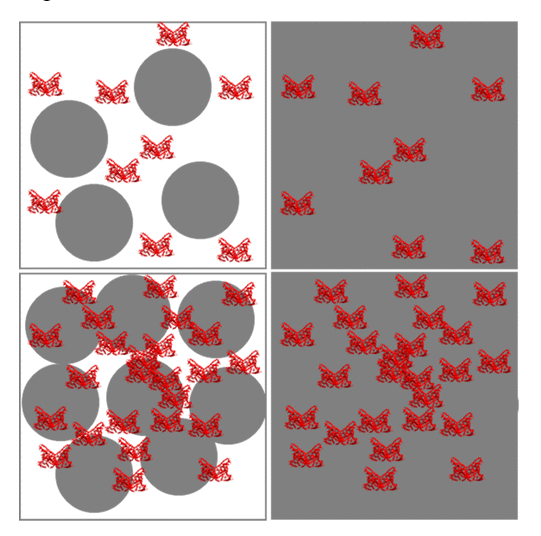 “Contrast matching allows you to see two components together, such as nanoparticles and protein corona, or we can mask out one of the components of interest. We were able to determine if there was a strong or weak interaction with the protein or if there was any shape change in the protein.”, he added.

The study found that both particle size and pH played a role in determining the nature of the corona. Larger particles favoured the formation of a soft corona, with the hard corona being completely absent in some cases. HSA actively participated in the formation of these complexes, dotting the surface of negatively-charged nanoparticles.

Additionally, they discovered that the interaction between the soft corona and the nanoparticle surface was governed by a subtle balance of electrostatic forces.

The ongoing research seeks the usage of other neutron instruments including Kookaburra USANS and Platypus neutron reflectometry to understand how these complex corona/nanoplastic would interact with other biological entities such as cellular membranes.

The researchers anticipate that these findings will have implications on further research on nanoparticle toxicity, by providing a clearer picture of the interactions of nanoparticles with biomolecules.

The Quokka instrument is a powerful technique for looking at sizes and structures of objects on the nanoscale including soft matter.