ANSTO groundwater scientists have contributed to research led by UNSW published in Nature Communications that shows urbanisation and climate change threaten the quality of drinking water and may result in an increase in groundwater contamination and household water costs in some areas.

A large group of international investigators, led by Dr Liza McDonough of the Connected Waters Initiative Research Centre at UNSW and supported by ANSTO, compiled the largest global data set of organic matter in groundwater to date involving thousands of groundwater samples from 32 countries, including Australia.

The work is part of an ARC Discovery Project on Groundwater dissolved Organic Carbon to identify and quantify the factors impacting dissolved inorganic carbon (DOC) in groundwater.

DOC is a naturally occurring component of groundwater, but the higher its concentration, the more difficult and expensive it is to make groundwater drinkable. In Australia, groundwater is widely used as the main source of drinking water for many cities and towns.

One of ANSTO’s groundwater experts Dr Karina Meredith, a team leader on the ARC Discovery Project, and Prof Andy Baker, an organic matter specialist at UNSW, are co-authors on the paper.

“It is very important to compile large global datasets, such as in this paper, so we can use this data to identify how changes in climate will change groundwater quality,” said Meredith. 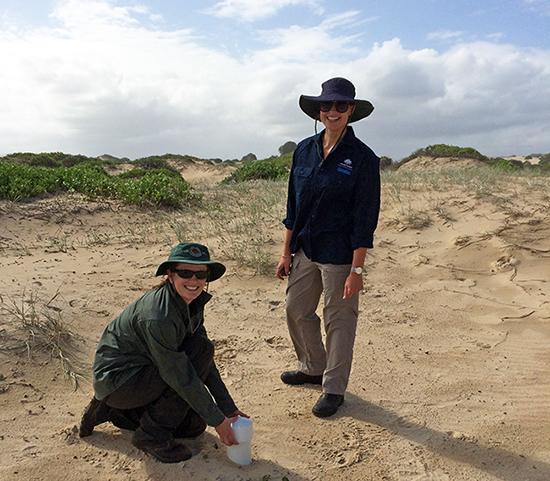 The research confirmed that the quantity of dissolved organic carbon is driven by climate, land use, inorganic chemistry and the age of the aquifer.

The impacts of climate change and urbanisation, while likely to occur globally, differed by geography and climate.

Dr McDonough and collaborators concluded that the impact of climate change will affect groundwater dissolved organic carbon unevenly, due to temperature changes and differences in rainfall rates.

This knowledge can be used to predict major increases in dissolved organic carbon in groundwater following changes in temperature and precipitation.

The investigators identified a 19% increase in dissolved inorganic carbon that was associated with urban land cover.

They suggested that climate change and the conversion of natural and agricultural areas to urban areas will increase the quantity of organic matter in groundwater, decrease water quality and increase water treatment costs, compounding existing constraints on groundwater resources.

“Here at ANSTO we used radiocarbon to determine the age of the dissolved organic carbon in groundwater and stable isotopes to gain characteristic signatures for aquifers across Australia,” said Meredith.

“We looked at how the organic matter content changed from a river system to coastal or inland environments and how it responds when it reaches groundwater."

Researchers from the British Geological Survey, Southern Cross University, and the University of Bradford also contributed to the study.

Dr McDonough is joining Dr Meredith’s team in May 2020.

Groundwater is the largest available freshwater resource on Earth and is one of the main sources of drinking water. This water is in the pore spaces of rock located beneath the Earth’s surface.

Dissolved organic carbon (DOC) is an important component of groundwater because it can bind with, and mobilise potentially dangerous heavy metals that were previously immobile in rock and sediment.

It also provides a food source for microbes, leading to increases in microbial activity when DOC concentrations are high.

Understanding what causes high DOC concentrations in groundwater is important as waters high in DOC usually require chemical treatment prior to consumption, which can lead to the use of harmful disinfection by-products.