An international team of researchers led by ANSTO has found that cold-rolling increases the susceptibility of materials to molten salt corrosion by an increase in grain boundary length, and other microstructural defects, which typically contribute to material strengthening.

The study, which was published in Corrosion Science,  was done on 316L Stainless Steel which is utilised in current nuclear reactors and is also being considered as the structural material for future nuclear and non-nuclear energy-generation systems (MSR, CST) as well as energy-storage (TES) systems.

Using electron diffraction and neutron diffraction techniques at ANSTO, the investigators found that cold-rolling leads to an introduction of microstructural defects which make the material stronger but also more susceptible to molten salt corrosion.

“HRND and EBSD measurements give us information about the effect of imparted plastic deformation on the microstructure of the alloy”, said Muránsky.

Corrosion tests were performed at ANSTO in a dedicated molten salt rig in FLiNaK molten salt at 600°C for 300 hours. 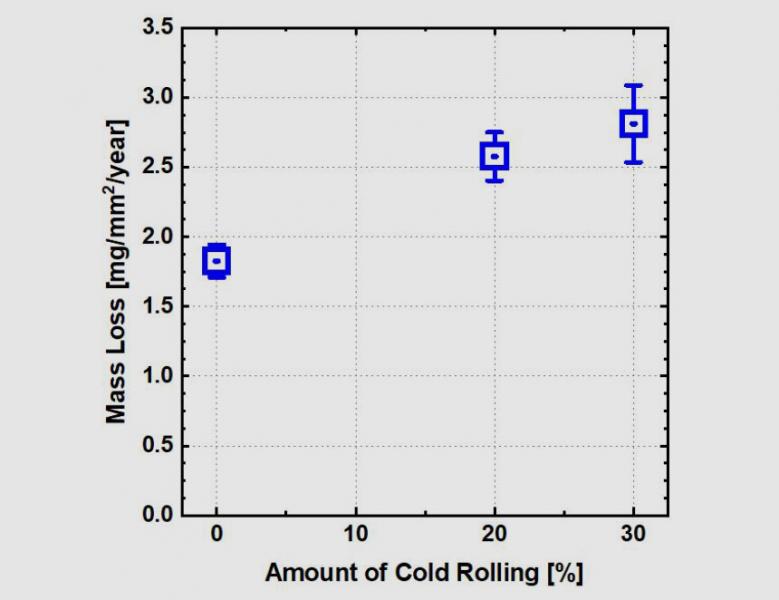 The corrosion resistance of tested alloy conditions (0%, 20% and 30% of cold rolling) was evaluated from the material mass loss as a result of the exposure to the molten salt.

It was found that the amount of cold rolling has a strong relationship with the material mass loss in the molten salt.

“This implies that there is an increased susceptibility of the material to react with the molten salt and as a result undergo accelerated corrosion,” said Muránsky.

An Electron Probe Micro-Analyzer (EPMA) at the University of New South Wales (UNSW) revealed that the bulk material retained a uniform distribution of iron (Fe) and nickel (Ni), while there was enhanced diffusion of chromium (Cr) and molybdenum (Mo) to the grain boundaries.

Ms Maric was recently awarded first prize for her work on this research project at a Young Researchers competition at ANSTO.

She was supported by both ANSTO and an Australian Institute of Nuclear Science and Engineering (AINSE) by an honours scholarship.