In a series of three publications with collaborators at the University of New South Wales, ANSTO materials researchers Dr Dhriti Bhattacharyya and Michael Saleh have demonstrated that two different approaches to using nanoindentation for an assessment of the mechanical properties of ion-irradiated steel provide different advantages.

Ion irradiation is a faster and safer way to simulate radiation damage to steel components caused in reactor environments, as compared to neutron irradiation. However, it causes the formation of a very shallow damage region with a steep gradient, the mechanical properties of which are difficult to probe.

Nanoindentation is a quick and effective technique used widely to perform such assessments.

The research suggested that a ‘top down’ indentation method in which nanoindentation is performed directly on top of the irradiated surface was better suited to samples in which the ion beam energy was low, resulting in a shallow peak damage depth.

Hardness profiles that were determined by ‘top down’ nanoindentation provided better spatial resolution for samples irradiated with ions at a single energy of 1 MeV as the hardness peak is sharper for these samples. The hardness peak due to irradiation at 1 MeV is closer to the surface.

As reported in a second paper in the International Journal of Plasticity, the oblique cross section method was better suited for samples in which the ion beam energy was higher at 2 MeV and 3 MeV.

In this method the sample is mounted on an epoxy base at an angle of 15 degrees from the horizontal, which exposes a large cross section of irradiated layers.

The investigators made a series of indents along a row which was rotated from the edge of the sample by about 4 degrees.  Each indent was made to a depth of 250 nanometres.

The indent depth and the plastic zone are much smaller in the oblique cross section approach.

In this orientation the hardness peak was closer to the damage peak as the plastic field is much smaller and more sensitive to local hardness values.

In experiments for the first paper, Bhattacharyya and collaborators found that the peak of hardness occurred at a depth that correlated directly with peak irradiation damage.

“The top down method is not sensitive to changes in depth because the damage layer is very shallow and has a steep gradient.

“A prediction of the amount of hardening based on a damage profile using this approach relies on averaging as the plastic zone  intersects of a multitude of layers containing different doses of radiation,” said Bhattacharyya.

“In contrast to the top down method, using the oblique cross section measurements you get a better correlation of hardness with dose since the indents are much smaller, and  the averaging is performed over fewer layers. The indents on the cross section are sensing the layers with a greater sensitivity due to a much smaller plastic zone ,” said Bhattacharyya.

The most recent work also provided experimental evidence using TEM that nanoindentation of single energy ion irradiated material caused plastic deformation  with a ‘double dished’ primary and secondary plastic zone, which the authors had hypothesised about in their first paper.

“The modelling is very useful for looking at hardness differences in stratified structures because it doesn’t rely on absolute values. The incremental increase in hardness difference due to radiation damage, whether in a single crystal or polycrystalline material is commensurate,” said Michael Saleh, who carried out modelling to illuminate the complex deformation process in both approaches.

“We were able to apply the same modelling framework, Kinetic Mote Carlo, coupled to a simplified radiation-dependent hardening model and then implement it in finite element analysis,” said Saleh.
Measured hardness values were corrected for the indentation size effect to more accurately assess actual hardening in the models.

“We tackled a multiscale problem well in capturing the salient features of the indentation process which were in good agreement with the experimental results,” said Saleh.

“We have found a way to correlate damage with hardness in a predictable manner through both experimentation and modelling. At the same time, we probed the nature of the deformation process in the plastic zone and have a deeper understanding of that complexity,” said Bhattacharyya.

“Ultimately, the two tests are complementary and depend on the energy you are using for the irradiation.”

AT ANSTO, the transmission electron microscopy was carried out by Alan Xu, and ion irradiation supervised by Prof Mihail Ionescu. Researchers from the School of Materials Science and Engineering at the University of NSW collaborated on all three publications.

The researchers explained that the two tests are complementary and depend on the energy  of the irradiation.

The treatment of these ion irradiated materials as a series of discrete layers also shows the way to treat nanoindentation problems in other layered materials such as nanoscale multilayers in a similar fashion.

Read about the initial investigations https://www.ansto.gov.au/news/multiple-techniques-elucidate-hardness-radiation-damage

Helium with an atomic number 2, is one of the inert noble gases in the periodic table. Helium is the second most abundant element in the universe. It is created by the radioactive decay of uranium and thorium. Helium2+ is an ionised form of helium that  is produced in ANSTO’s accelerators. The Helium2+ can then be used to irradiate samples to simulate radiation damage 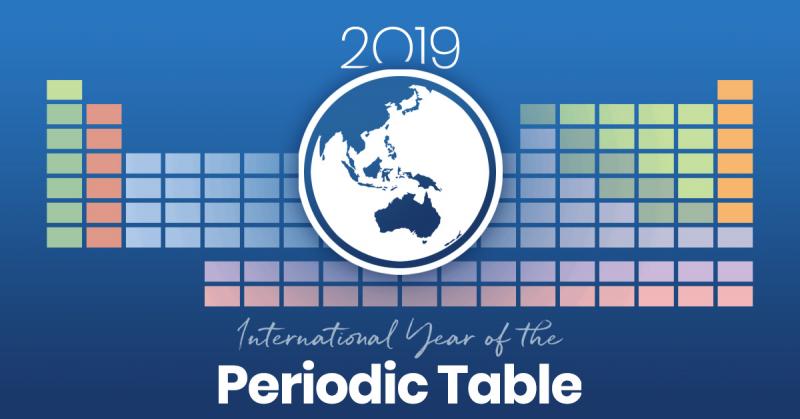