The new Micro Computed Tomography (MCT) beamline is the first instrument to become operational as part of the $94 million Project BRIGHT program, which will see the completion of eight new beamlines at ANSTO’s Australian Synchrotron.

The BRIGHT beamlines greatly expand the investigational power and throughput of the Australian Synchrotron with new capabilities not covered by existing instruments.

Despite a series of setbacks and delays due to COVID-19, a team of instrument scientists, engineers, project officers, and technicians achieved first light on MCT on 21 November 2021 at 8:32 pm.

It is a significant technical achievement that is captured and recorded for posterity with a black and white image of the ‘beam’, which means the synchrotron light has been successfully directed from the main ring to the new beamline.

Micro-CT uses X-rays produced by the Australian Synchrotron to reveal a detailed picture of the inside of an object, slice by slice, non-destructively. The instrument produces a series of projected images captured sequentially while the sample is rotated. Using high-performance computing infrastructure and software, a three-dimensional object can be reconstructed from the projected images.

A small team of scientists from CSIRO, led by Senior Research Scientist Dr Sherry Mayo,  ran the first user experiment on the beamline to investigate how gas under pressure permeated the pores in samples of coke and coal last week.

The researchers produced a finely detailed 3D reconstruction of a piece of coal about 9 millimetres in size with a complex network of openings known as pores. With the reconstruction, it is possible to get important quantitative measures, such as internal surface area, connectivity of pores, size distribution and shape of pores.

CSIRO was first off the rank because of a preferred access scheme to organisations that funded Project BRIGHT. Other users are able to apply to use the instrument through a merit-based scheme.

“The ability to use non-ambient sample environments, such as to change pressure and temperature to simulate particular environmental conditions, will greatly enhance the analytical power of the instrument,” said Dr Stevenson

Suitable for sub-micron scale studies,  MCT complements the existing Imaging and Medical Beamline, which is used for larger objects.

The future development of MCT will extend the imaging capabilities to nanoCT on commensurately smaller samples.

MCT can accommodate samples that are up to 10 mm high × 64 mm wide. The effective field of view will also be increased in the future via ‘stitching’.

The wide variety of experimental configurations, designed in response to the requirements of a diverse user community, will be achieved using five different X-ray imaging detector systems.

The beamline has three separate hutches: the first is to prepare/condition the X-ray beam and deliver it to the second or third hutch for user experiments.

The two hutches provide a number of imaging modalities and support further development. For example, the use of a robot for automated sample exchange.

“Our robot is able to pick up barcoded samples from a mount with a gripper and position the sample for imaging,” said Dr Stevenson.

Seven more research teams, including one from ANSTO, have scheduled time to use MCT before the end of the year.

The projects have been separated with intervals when the MCT team can continue with aspects of hot commissioning.

“It also gives us the opportunity to capitalise on learnings from the conducted experiments for the benefit of users to come,” said Dr Stevenson.

The staff of the IMBL beamline, led by Dr Daniel Hausermann, also contributed significantly to the development of the beamline.

Just prior to the COVID-19 outbreak, the lead scientist and lead engineer visited a key equipment supplier in Germany and the beamline at the Swiss Light Source (led by Prof Marco Stampanoni, a member of MCT’s advisory panel) for in-depth discussions.

Visitors who register for Australian Synchrotron’s Open Day will have the opportunity to learn more about this advanced imaging technology.

An environmental sample provides a good example of the different analytical power of the beamlines.  IMBL can produce images of the growth rings from the core of a tree trunk 10 centimetres in circumference. MCT could provide insights into individual features of growth rings in a 1-millimetre sample. The new nanoCT modality on MCT will take analysis down to the micrometre scale, where cellular anatomy and cell wall layers are revealed. At the nanometre regime, the matrix structure and bundles of cellulose fibres can be observed. 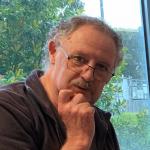 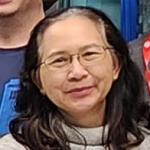 With enhanced submicron spatial resolution, speed and contrast, the Micro-Computed Tomography beamline opens a window on the micron-scale 3D structure of a wide range of samples relevant to many areas of science including life sciences, materials engineering, anthropology, palaeontology and geology. MCT will be able to undertake high-speed and high-throughput studies, as well as provide a range of phase-contrast imaging modalities.