Australian researchers led by the University of New South Wales have used the Australian Synchrotron to understand how the chemical structure of an advanced catalytic material contributes to its stability and efficiency. The approach has the potential to produce hydrogen peroxide (H2O2) in a process that is cost-effective with less harm to the environment.

Hydrogen peroxide is an important chemical that used widely in a range of applications, including wastewater treatment, disinfection, paper/pulp bleaching, semi-conductor cleaning, mining and metal processing, fuel cells and in chemical synthesis.

According to an international market research group, IMARC, the global hydrogen peroxide market size was valued at US$4.0 billion in 2017 and is increasing.

Current production methods rely on large chemical plants, where hydrogen, atmospheric oxygen and an anthraquinone derivative are used in a reaction cycle,  that is costly, requires high energy consumption and is not environmentally-friendly.

An alternative approach is based on the electrochemical reduction of oxygen (oxygen reduction reaction) in acids, which can be done under ambient conditions without hazardous by-products.

However,  state-of-the-art catalysts for the production of hydrogen peroxide in acids have been limited to the precious metals, platinum and palladium.

Other attempts to use the transition metals, iron, nickel and cobalt, resulted in an unstable structure and poor performance.

In this study published in Nature Communications, the investigators reconstructed the surface of a material by doping carbon nanotubes with cobalt and nitrogen to form single atoms catalysts on the substrate in an attempt to stabilise the nitrogen-coordinated metal centres.

The bonding of epoxy groups (in which single bonds join an oxygen atom to two adjacent atoms) rather than hydroxyl groups to the nitrogen-coordinated cobalt-nickel centres on a carbon substrate contributed to the stability of the material and its catalytic efficiency.

The researchers reported that structure results in a close to ideal binding energy that allows the oxygen reduction reaction to proceed via a nearly complete two-electron transfer pathway.

Importantly, the samples that were studied also exhibited record-breaking production of hydrogen peroxide, and outperformed nearly all the catalyst materials reported previously.

“One of the most important considerations is the ability to deliver a good yield as well as environmental benefits, in order to see an uptake in industry,” said Thomsen, who worked on the synthesis of green steel production method as a PhD candidate.

As well as explaining the enhancement effect of the epoxy groups on hydrogen peroxide production, the research provides insights to stabilise the performance of single-atom catalysts in acid fuel cells.

Other X-ray experiments were undertaken at the Advanced Photon Source in the US.

The research was led by PhD candidate Qingran Zhang from the Particle and Catalysis Research Laboratory led by Prof Rose Amal at UNSW. Other collaborators included the Australian National University and CSIRO. 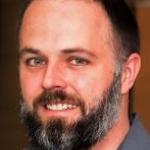 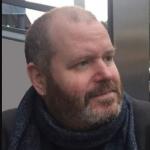