ANSTO carried out radiocarbon dating that revealed the Lapita cultural group interacted with the indigenous people of Papua New Guinea more than 3,000 years ago and set the stage for the peopling of the Pacific.

The pivotal moment of possible contact was revealed by evidence of animal bones from a deep excavation site on Brooker Island in Southern New Guinea.

It is believed that the Lapita introduced animals, such as dogs, pigs and cuscus, a marsupial, to the local Indigenous population.

A large international collaboration of international researchers, representatives from New Guinea academic and cultural institutions and representatives of the Brooker and Panaeti Island communities, led by Dr Ben Shaw of the Australian National University reported the findings in Nature Ecology and Evolution, which changes an understanding of how Lapita expansion occurred.

There is a link to Australia in that the rapid but later dispersals of the Lapita through southern New Guinea and possibly across the Torres Strait Islands and along the east coast of Australia, were probably facilitated by earlier frontier interactions with Indigenous populations.

Dr Geraldine Jacobsen, who coordinated the radiocarbon dating at ANSTO’s Centre for Accelerator Science and a co-author of the paper, said an initial batch of samples was first sent to ANSTO for measurements, which produced very good dates.

“It reassured them that the chronology was reliable and led them to continue working on the site,” said Dr Jacobsen.

Radiocarbon dating was also done at the University of New South Wales and the Beta Analytic (USA).

“This site identifies a time where the Lapita arrived and interacted with the local Indigenous population and is a previously unknown frontier of initial Lapita expansion,” she said.

Dates on charcoal from various depths were used to build up a chronology. The earliest dates came from charcoal in the deepest part of the excavation pit between 2 and 2.8 metres depth, where stone implements used by local inhabitants 4,000 years ago were found.

The more well-known examples of the Lapita pottery with a characteristic dentate pattern were buried at a higher layer in the excavation, with dates from 2,800 to 2500 years ago.

“The Pacific Ocean was only colonised within the last 3,000 years beginning with the Lapita cultural groups,” said Dr Shaw.

In a documentary video about the fieldwork, Dr Shaw concluded, “From these results, we now know there was an early distribution of Lapita beyond the Bismarck archipelago down into the Southern Papuan Islands. Here they encountered Indigenous populations that had been living there for a long time."

The nature of this interaction with the native population influenced their migration strategies that eventuated the human settlement of the remote Oceanic Islands. It was only after the Lapita people reached the Easternmost limits of their expansion that there was a backwards migration through the Papuan Islands along the south coast towards Australia.

“Our research revealed the social processes associated with one of the greatest migrations in human history,” he added

“There is a considerable amount of interest in the archaeology/anthropology communities about the migration of peoples around the world, and radiocarbon dating is an essential tool in these endeavours,” said Dr Jacobsen.

“ANSTO’s contributions to refinements of the calibration curve used in radiocarbon dating are also widely used.” 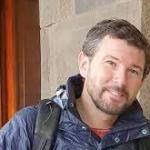 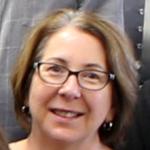