Researchers from the ARC Centre of Excellence in Future Low Energy Electronic Technologies (FLEET) used the Soft X-ray Spectroscopy beamline at the Australian Synchrotron to investigate the structure of an advanced material, a calcium-doped graphene, with a relatively 'high' superconducting transition temperature.

The FLEET Centre has provided a detailed description of the research, published in The Chemistry of Materials, on their website.

In characterising the material, the investigators wanted to clarify where the calcium went after it was added to a sample consisting of a single layer of graphene on a silicon carbide substrate.

Measurements at the Australian Synchrotron were able to pinpoint that the calcium atoms were located, unexpectedly, near the silicon carbide surface. Dr Anton Tadich, an instrument scientist on the SXR beamline, member of FLEET and co-author, explained why the Synchrotron was useful in the investigation.

“In order to confirm if a new graphene monolayer formed on the surface, as well as understanding how injected calcium atoms positioned themselves around that newly formed layer, in a process known as intercalation, the research team required an extremely surface-sensitive chemical fingerprinting technique,” said Tadich.

The technique that could provide the information was high resolution x-ray photoelectron spectroscopy (XPS) on the soft X-ray spectroscopy beamline.

Synchrotron-based XPS is a highly surface-sensitive chemical probe, which offers key advantages over its laboratory-based counterpart.

“The ability to 'tune' the x-ray energy for a given element is quite powerful; not only does it maximise the signal from a desired element, at the same time it is possible to enhance the signal from the topmost atomic layers of the sample relative to the bulk; disentangling contributions to the spectrum from different depths.”

The FLEET investigators led by PhD student Jimmy Kotsakidis in the group of Prof Michael Fuhrer and Tadich prepared the intercalated samples in-situ, which were then transferred under vacuum to the XPS chamber.

“The focus quickly turned to the carbon and silicon signal from the top few atomic layers, where all the chemistry was happening,” said Tadich.

“From the carbon signal, we saw a clear signature of the formation of an additional graphene layer.“

Importantly, the silicon spectra revealed that the calcium intercalated underneath the buffer layer, which is a partially-bonded carbon layer on the surface of the silicon carbide.

“The combined results showed that the intercalation caused the buffer layer to ‘unstitch’ itself from the silicon carbide, lifting it off to form a new layer of graphene!” explained Tadich.

Their finding was contrary to previous studies, which had assumed that the intercalant atoms simply slid in between the original graphene layer and the surface.

The FLEET researchers concluded that the resultant 'bi-layer' graphene, when combined with the presence of the intercalant below it, could result in a form of superconducting graphene with a relatively high transition temperature. 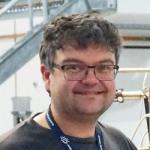