Research from Monash University, the University of Tokyo and RIKEN, partly undertaken at the Australian Synchrotron, has produced an ultra-flexible ultra-thin organic solar cell that delivered a world-leading performance under significant stretching and strain.

The development paves the way forward for a new class of stretchable and bendable solar cells in wearable devices, such as fitness and health trackers, and smart watches with complex curved surfaces.

The advance, which was published in Joule, was made possible by designing an ultra-thin material based on a blend of polymer, fullerene and non-fullerene molecules with the desired mechanical properties and power efficiency, according to Dr Wenchao Huang, a Research Fellow at Monash University and the article’s first author.

The thickness of the solar cell film is only three micrometres, which is ten times smaller than the width of a human hair.

Dr Huang, who completed his PhD in the lab of Prof Chris McNeill at Monash on flexible organic solar cells, received the Australian Synchrotron’s Stephen Wilkins Medal in 2016 for his exceptional doctoral thesis that made use of the synchrotron-based research capabilities at the facility.

“Wenchao has continued the outstanding work he began when he undertook his PhD and received the Stephen Wilkins Medal. These results are significant and reflect the power of the beamlines at the Australian Synchrotron to gain insights into the fabrication, structure, function and properties of advanced materials,” said Dr Michael James, Senior Principal Scientist at the Australian Synchrotron.'' 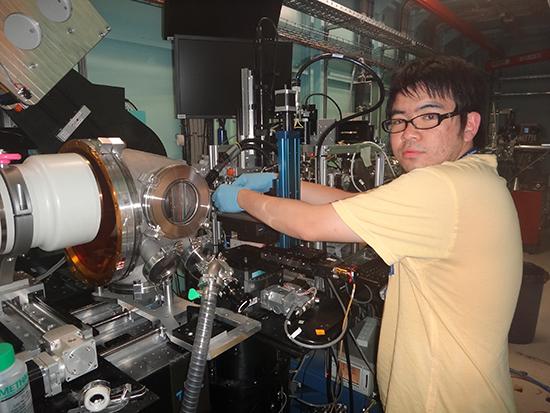 While a great number of scientists are working on improving the power efficiency of organic solar cells, Dr Huang’s research is focused on thin film devices with better mechanical properties.

His solar cell achieved a certified power efficiency of 12.3 per cent and showed minimal degradation under both bending and compression tests which is believed to be a best-ever result for flexible organic solar cell devices.

Dr Huang said the optimisation of active layer morphology, where photovoltaic processing occurs, was achieved by adding a small amount of a fullerene-based acceptor into the polymer/non-fullerene components of the device.

In order to gain insights into changes to the structure of the active layer, Dr Huang used specialised techniques on both the Small and Wide Angle X-ray scattering (SAXS/WAXS) and Soft X-ray Spectroscopy (SXR) beamlines at the Australian Synchrotron, as well as atomic force microscopy at Monash.

“The acquisition of data on the SAXS/WAXS beamline is very fast; only one second for a measurement.”

Huang also investigated how the additional acceptor component affected the lateral and vertical structure and molecular packing within these thin-film solar cell devices.

The glancing-incidence data from the SAXS/WAXS beamline data suggested that both the polymer and the non-fullerene exhibit a face on stacking configuration, which is regarded as more favourable for charge transport across the active layer.

“Tuning the presentation of the molecules to the most favourable direction can improve electron transport in organic semiconductors,” said Huang.

Near Edge X-ray Absorption Fine Structure (NEXAFS) spectroscopy from the SXR beamline was used to investigate the chemical composition and interface of the top surface layer and bottom layer of the thin film.

Interestingly, the addition of the fullerene acceptor into the polymer/non-fullerene blended layer disrupted crystallisation but did not negatively impact electron mobility.

“By introducing a component with an intrinsically high property of electron mobility, the fullerene, it compensated the effect caused by the decreased crystallinity,” said Huang.

Although Huang undertook his own measurements, he was assisted by instrument scientist Dr Lars Thomsen on the SXR beamline, and assisted by Dr Xuechen Jiao with the SAXS/WAXS experiments.

In the next stage of research, Huang intends to scale up the solar cell, combine with other components in a device for commercial applications in advanced devices. 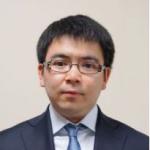 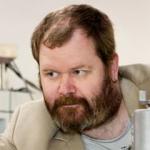