ANSTO’s own meteorite hunter, who is also a planetary scientist and instrument scientist Dr Helen Brand, took part in an expedition led by Professor Andy Tomkins of Monash University that has found the largest meteorite strewn field in Australia since the famous Murchison meteorite event in 1969.

Monash, in collaboration with Dr Hadrien Devillepoix of Curtin University’s Space Science and Technology Centre (SSTC) and the support of the Bureau of Meteorology,  has reported the find this week on their website.

“It is quite exciting to be involved in this find, which took place in September. In the future, as part of the research plan, we will look at this meteorite on several of the synchrotron instruments to unlock the secrets of it’s journey through space as well as it’s history on the surface of our own planet.” said Dr Brand, who was a member the field team.

“As a meteorite, it is quite dark which reflects that it is fresh, fell to earth not that long ago,” she explained.

Freshly fallen meteorites have a distinctive black fusion crust formed when the object enters the atmosphere at extremely high temperatures.

Using radar data the scientists were able to define a search area on the ground in an area north of Port Augusta. This, combined with a novel machine learning technique developed at Curtin to identify meteorites in drone images, helped to locate the meteorites on the surface.

Over a period of several days 44 meteorites were recovered, totalling a little over four kilograms in mass.

The team estimated it weighed six tonnes when it entered the atmosphere in 2013.

“It is not a rare type of meteorite, but the quantity of meteorites could be substantial. After a very short search, we located about four kilograms but there could several more out there,” said Dr Brand, who will back in the field next year.

“And, because the United States picked up the atmospheric explosion when the meteor hit the desert, we know exactly how long it has been on the ground, which makes it quite interesting compared with other finds,” said Dr Brand.

As in South Australia, any meteorite find remains the property of the state museum, the South Australian Museum will be showing several meteorites recovered from the new strewn field at its Six Extinctions exhibit, which is opening on Saturday the 26th of November. 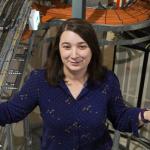 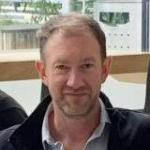 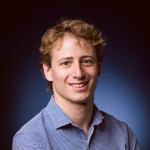 Welcome to the home of Planetary Materials research at ANSTO.

Australian and international researchers have used ANSTO’s Australian Synchrotron to confirm the presence of an unusual diamond found in stony meteorites.

Monash University, University of Queensland and Australian National University researchers have used ANSTO’s Australian Synchrotron in their study of meteorites found on Earth that could be used in future to find evidence of life on the planet Mars.