The recipient of the 2018 research internship awarded under the annual Scholarship of the Australian Institute of Nuclear Science and Engineering (AINSE), ANSTO and the French Embassy (SAAFE), Oswald Malcles, from the University of Montpellier, is learning how to use cosmogenic nuclide dating techniques at ANSTO to study dynamic tectonic processes at intraplate boundaries.

In simple terms, Malcles' PhD research topic is to investigate landscape evolution; for example, how deep river canyons are formed in mountainous regions –is it due to erosion or deep earth processes? 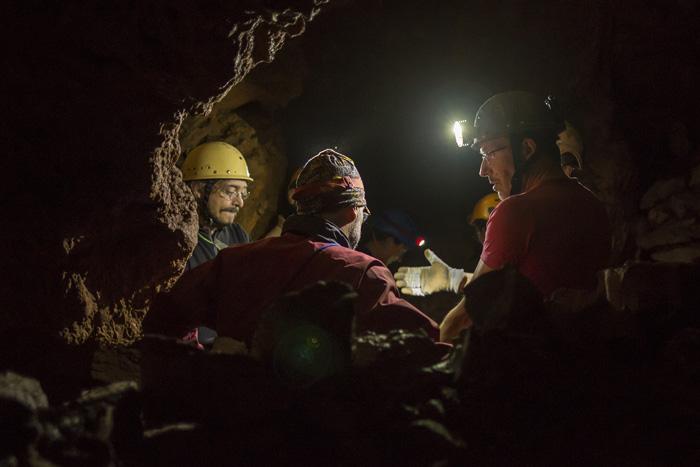 Oswald Malcles and team collect samples in the Huttes Caves in the Massif Central, France

Although there is good knowledge of deformation and other dynamics at plate boundaries,  little data and modelling are available for areas where mountains are formed and sustained in intraplate areas.

These investigations are of major importance for understanding Earth and plate dynamics, as well as the link between surface and deep geodynamic processes.

PhD candidate Malcles, who is supervised by Drs Phillipe Vernant and Jean-Francois Ritz at the University of Montpellier, chose to study the Massif Central in France, which is characterised by high relief, plateaux and very steep valleys. This formation has similarities with the Snowy Mountains and Flinders Ranges in Australia and the Ural Mountains in Russia.

He has a study that has just been accepted for publication in the e-journal Solid Earth  In collaboration with researchers at the University of Montpellier University of Wollongong and ANSTO environmental scientist Dr David Fink. Fink, Dr Toshiyuki Fujioka and Dr Klaus Wilcken assisted with measurements on the Sirius accelerator. 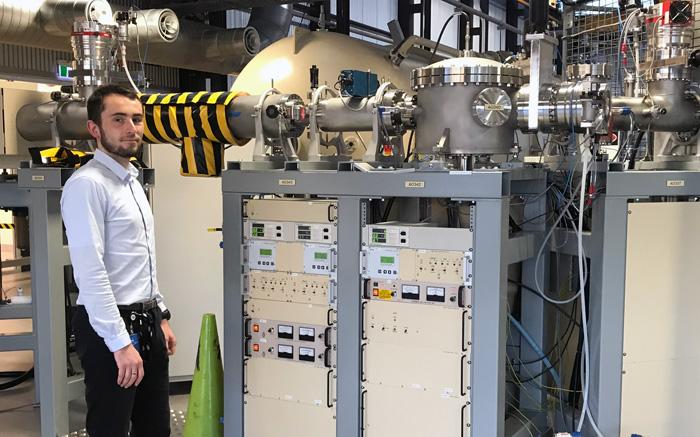 Fink said Malcles had learned first-hand about the analytical power of the cosmogenic nuclides, in particular, in reconstructing landscape evolution.

“As large deformation processes are not at work in intraplate regions, it is not clear if these mountains are young or old. Recent tectonics or high erosion rates may be operating,” said Malcles.

The cosmogenic radionuclide technique using aluminium-26 (26-Al) and beryllium-10 (10-Be) produced in surface rocks by cosmic ray bombardment can be used to establish the timing when sand and cobbles transported by rivers were deposited during flood periods into karst cave systems at riverbed elevation.

In this way, we can measure the incision rate or down-cutting rate of rivers and also the magnitude of the bedrock erosion rate, which is the source of river sand,” said Malcles.

“We look at the ratio of aluminium-26 to beryllium-10 measured in a handful of cave sand, which has a burial- time range of 200,000 years to approximately 5 million years,” said Fink.

“Other techniques give us clues about the regional geomorphology, and uplift but not why and when deformation occurs; in contrast, the cosmogenic radionuclide burial technique allows us to date the occurrence of deformation and whether it is constant or variable with time.”

Malcles, Fink and collaborators sampled quartz cobbles from cave systems in Southern France and sands in river beds of the Massif Central in France.

The cosmogenic radionuclide inventory in exposed bedrock builds up and erosion of its surface releases cobbles and sand grains into the river system where they are quickly collected in river caves. This starts the burial clock. Once buried in the cave, cosmic rays no longer penetrate and hence the initial concentration decays with time.

“When we compare the concentration in those cobbles collected today compared to what we measure or model for the bedrock upstream, we can calculate the length of time the cobbles have been buried – that is, the age when the river was at the same elevation of the cave, ” said Malcles.

If the cave where the cobbles were sampled is, say 200 metres above today’s river channel, and we get a burial age of 2 million years,  then it equates to an average incision rate of 10 cm per thousand years,” said Malcles.

“This information provides clues about regional uplift or at least relative variations in the water table. “

The samples were measured by accelerator mass spectrometry on the Sirius accelerator.

By combining these 10-Be/26-Al burial age measurements in a sequence of terraces up the steep valley walls with computational modelling across the Massif Central, Oswald and his colleagues have determined a regional river incision rate of 80 +/- 10 meters per million years during the last 4 million years.

Over this time period, other geomorphic input suggests that this landscape is in steady-state or equilibrium today, meaning that mountain uplift and river incision are in balance. This, in turn, equates the measured incision rate with the long term average uplift rate.

Computational models indicated that between half and two-thirds of regional uplift could be explained by isostatic rebound that occurred after erosion processes.

Isostatic adjustment refers to the elastic response of the lithosphere loading and unloading due to erosion, ice glaciation or deglaciation, deposition, and other processes.

“When you remove rocks there is a rebound of the tectonic plate, there is regional uplift,” said Malcles. 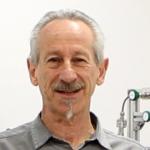